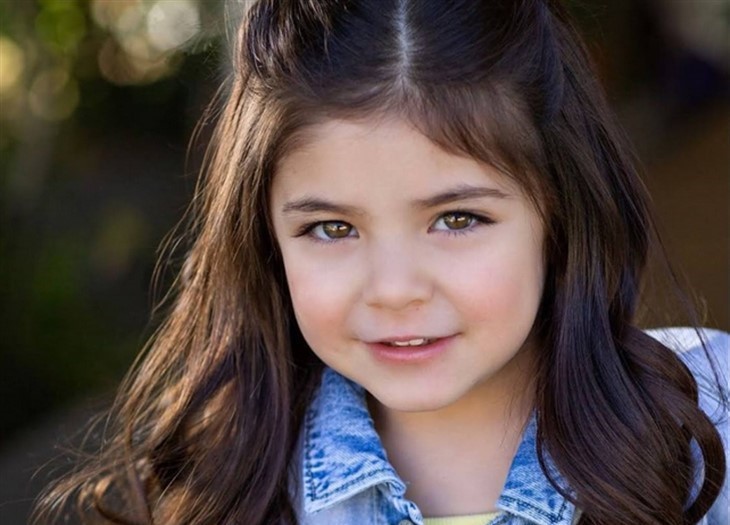 General Hospital spoilers and updates tease that Ava Rose made her first appearance on the soap as Donna Corinthos. The young actress took over the role, which was previously portrayed by Emma and Ella Hullen.

The soap SORASed the mobster baby, who made its debut on the soap in September 2019. The twins were last seen at General Hospital in April 2020. Ava Rose took over the twin’s role and made her first appearance on the show on August 11.

When she was an infant, Donna had a limited appearance on the soap. Now that the character has been SORASed, the little girl can now talk and even called Jason, daddy. Things are bound to become more complicated given that Sonny Corinthos (Maurice Benard) is still alive.

General Hospital Spoilers – For The Week Of August 16-20

Sam and Dante Falconeri’s (Dominic Zamprogna) relationship is getting deeper and they’re both willing to take it up another level. But Sam will come across an unsettling distraction that may prevent her from pursuing a romantic relationship with Dante.

In upcoming scenes, Sam will be left in shock when she receives a call from Drew Cain (Cameron Mathison), whom they all believed was dead. Sam will be confused and desperate so she’ll turn to Curtis Ashford (Donnell Turner) for help.

As for Carly, she’ll demand that Jason defend her from Jasper “Jax” Jacks’ (Ingo Rademacher). The latter will then form a new alliance with Liesl Obrecht (Kathleen Gati). Not only that, Carly and Jason, will decide to move up their wedding date as the mob battle intensifies. The pair needs to present a united front as fast as possible so they need to get married right away.

Elsewhere, Josslyn Jacks (Eden McCoy) will notice that Trina Robinson (Sydney Mikayla) is developing strong feelings for Spencer and offers her honest opinion. Trina will be by Spencer’s side after his blow-up with Nikolas. Spencer will be surprised that she’s still nice to him despite everything that has happened.