The Bold And The Beautiful (B&B) Spoilers: Sheila Threatens To Expose Affair With Jack 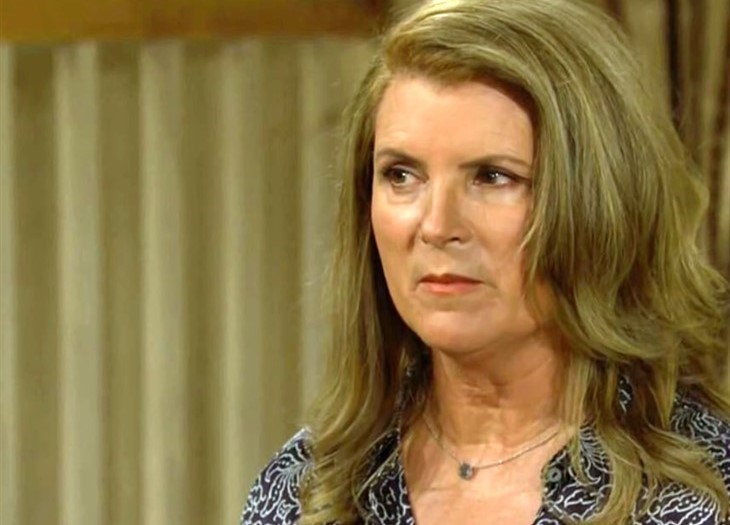 The Bold And The Beautiful’s Sheila wants to have a relationship with her son although Steffy Forrester (Jacqueline MacInnes Wood) has forbidden her new husband to speak to Sheila. However, Sheila has an ace up her sleeve. If Sheila and Jack had an affair years ago that resulted in Finn, Jack will do everything in his power to keep that secret.

After all, Li is already very upset that Jack met with Sheila years ago to discuss Finn. Li would likely divorce Jack if she knew he had an affair that resulted in a child, even if she did adopt him. Jack is desperate to keep this secret and will do whatever Sheila asks to do that. Jack could be the person who gave Sheila Finn’s cell number so she can text him.

The Bold And The Beautiful’s Li is already questioning the life she thought she had with Jack. Jack has lied to her about knowing Sheila. Jack is acting very suspicious after Sheila showed up. Jack also had a strange reaction to Steffy’s decision to post their wedding announcement on social media. Jack has been in contact with Sheila more than he has revealed and chances are it is because he’s Finn’s biological father. Will Li put the pieces together and figure out that Jack cheated on her?

The Bold And The Beautiful’s Sheila wants to see her grandson. Jack could make this possible by offering to babysit one day. Jack could take the baby out and meet Sheila or even let her come to Finn’s home. Jack may not want to do this, but he also doesn’t want to lose his family. How would Finn react if Jack let Sheila see his son? Finn wants his mother to be a part of his life. Finn may approve of this if Jack was to approach him. However, Finn would certainly swear Jack to secrecy. Finn doesn’t want to lose Steffy and she has already forbidden him to see Sheila. Steffy would be livid if Sheila came close to her son.

Secrets have a way of coming out and if Jack is Finn’s biological father, it will surface at some point. Will Jack tell his family the truth first? Will Sheila continue to use Jack to get close to Finn and his son?