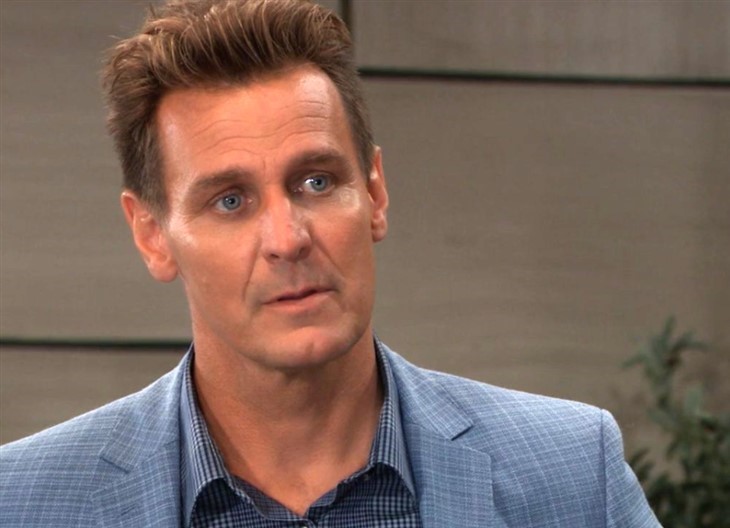 General Hospital viewers will recall that Jax and Liesl have something in common – each one of them has a daughter whom Jason Morgan (Steve Burton) has endangered. Or, at least that is how Jax feels about the approach of a mob figure to his daughter Josslyn Jacks (Eden McCoy) his daughter with Carly Corinthos (Laura Wright). He doesn’t trust Jason, he feels that Jason attracts danger to Josslyn even more than Sonny Corinthos (Maurice Benard) did! As for Liesl, she is angry at Jason for loving and leaving her daughter Britt Westbourne (Kelly Thiebaud). General Hospital viewers will recall that both Jax and Liesl have given Jason “down the road” in recent episodes!

GH Spoilers – Jasper Jacks Will Watch Out For Britt Westbourne

General Hospital viewers will see Jax and Liesl commiserate over their daughters and their dangers contributed to by Jason and Jax tells Liesl that he’ll keep an eye on Britt. General Hospital viewers will recall that he and Britt have become close and even spent a night together, although Liesl doesn’t know anything about it. It’s probably best that she doesn’t! Jax doesn’t like the idea of his ex-wife and the mother of his daughter marrying Jason, either. He feels that Carly will be in even more danger married to Jason than she ever was when she was married to Sonny! Liesl appreciates Jax’s reaching out to her daughter, and she agrees that Josslyn would be safer away from the Corinthos world!

General Hospital Spoilers – Jasper Jacks And Liesl Obrecht Have Someone Else In Common, Too

General Hospital viewers will recall that Jax and Liesl have someone else in common, too – Liesl’s niece, Nina Reeves (Cynthia Watros)! Jax and Nina dated for a long time, until the deception that he collaborated with Carly on regarding Nina’s daughter, Nelle Benson (Chloe Lanier) came to light and Nina dropped Jax like a hot potato! Still, Nina is someone else that Jax and Liesl have in common and she is someone that they both care about. Jax regrets keeping what he knew about Nelle a secret, and if he had it to do over again he would not have chosen to protect Carly over telling Nina the truth about her daughter.

He would have found a way to tell Nina the truth without incriminating Carly in Nelle’s death. Liesl didn’t much care for Nelle either, telling Jax she must have taken after Madeline Reeves (Donna Mills). Liesl has done some scheming in her time, but as General Hospital viewers know, of late she’s chosen to take more of a high road. Jax and Liesl have people they care about in common, and they become allies to do what they can to protect them. Liesl has more experience with mercenaries than she does with mobsters, but she’ll do what she can to help Jax with Josslyn.