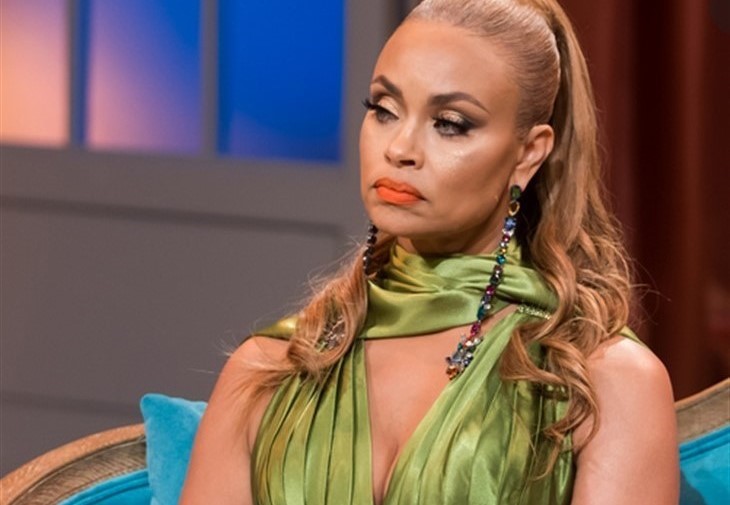 Gizele Bryant, 50, has begun critiquing Wendy Osefo, 37, following what she called a “sudden change” after her cosmetic procedures and it is making for some interesting conversation between The Real Housewives of Potomac.

But before going after Wendy it seems Gizelle needed to do a little gossip with Robyn, saying, “Can we talk about Wendy really quickly? Something’s off.”

Robyn, 42, seemed glad to be brought into the conversation because she quickly shot back, “I’m glad you brought that up” so that she’s not the only one thinking something’s changed.

Real Housewives Of Potomac – The Gossip

Gizelle goes on to say that she has felt like saying to Wendy that she’s “seen more of your skin in the past month,” with Robyn finishing the sentence by saying, “than you did the whole year before.”

Gizelle went on to say, in this hypothetical conversation, “Yeah, you know, dress the way you want to dress, but, what’s up with the sudden change?”

No stranger to gossip, Robyn again chimes, saying that she gets that when you spend money on a “new body” that you want to show it off but that it’s such a change from “Dr. Wendy, the professor” that it’s just weird.

Real Housewives of Potomac – Not Everyone Agrees

Candiace Dillard Basset doesn’t seem to have a problem with the change. In fact, she said, “Dr. Wendy is gone and I hope new booty Wendy is here to stay, honey,” telling the camera’s “and new t____ too!”

Robyn gushed over Wendy saying that she had liked her from the start, that she, “exuded substance,” and that the two had, “instantly connected.”

But she also said, “I almost wonder if I was to meet her today, if it would be the same way.”

Gizelle elaborated on her concerns a bit more saying that she can’t quite put her finger on what had changed, and Robyn continued to express concern for Wendy, saying, “Despite the physical changes I just feel like something is off. For me I just want to know, are you okay?”

“This is not the same Wendy that I hit it off with. The old Wendy was confident and secure — I’m all about positivity but she feels colder.”

In the end, the two just decided to ask Wendy herself, like “There’s no judgment, there’s just like, ‘Hey, girl, explain this.’”

Next, the conversation between the two Housewives of Potomac reality stars turns to rumors of Eddie, Wendy’s husband, cheating.

They seemed to want or need to connect the two together, Wendy’s physical and personality changes and rumors of Eddie cheating.

Gizelle summed up her concern, saying, “Anybody who’s making these kind of changes, something’s not, something’s off and to be honest, there are some cheating allegations, with her husband.”

The Real Housewives of Potomac can be seen Sundays at 8 PM ET on Bravo.

Be sure to catch up on everything happening with Bravo right now. Come back here often for The Real Housewives spoilers, news, and updates.