The Young And The Restless (Y&R) Spoilers: Lily’s Concerns Are Justified – Billy Remains Tied To Victoria 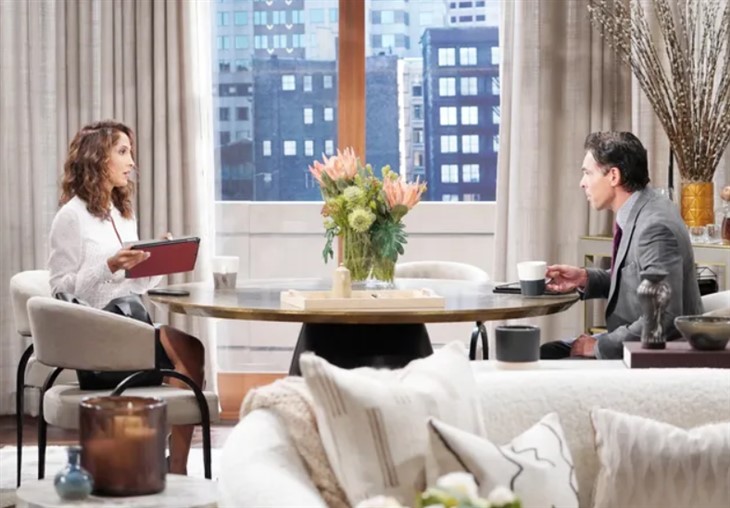 The Young and the Restless spoilers document that Lily Winters (Christel Khalil) has experience with complex relationship issues. While she doesn’t see Victoria Newman (Amelia Heinle) as a threat, Lily knows that Billy Abbott’s (Jason Thompson) tie to her will always represent a challenge.

Billy has committed to Lily. He hasn’t made any move that indicates plans on ending BiLily. Along with that Vashland has announced its plans to marry. So, for the moment, Villy is not rebooting. That comeback isn’t projected in the future either.

But the deeply emotional matters that Billy and Victoria routinely engage in mean that explosive consequences are always possible. Along with the main players those who the former Villy are connected are ever-ready to be collateral damage.

Victoria is grateful that Billy and Lily agreed to have Johnny Abbott (Holden and Ryan Hare) and Katie Abbott (Sienna Mercuri) move into the homey condo that was recently purchased. Doing so allowed Victoria to care for Ashland during his period of illness.

Lily has been embraced by Billy and Victoria’s children, which isn’t surprising. Lily is the mother of grown twins and projects a maternal instinct that creates respect and warmth.

Lily has agreed to not only merge Newman Enterprises with the Locke Communications Group, she also said yes to Ashland Locke’s (Richard Burgi) marriage proposal. For the moment, Victor Newman (Eric Braeden) has given blessing of the proposed union.

However, Victoria’s instincts and even Victor’s nod aren’t enough for Billy. He suspects diabolical motives are in play. Nick Newman (Joshua Morrow) agrees with Billy, which establishes an intriguing, potential merging of forces.

All who care about Victoria should be protective of her, as the Vashland courtship and planned nuptials feel rushed, even considering his terminal cancer diagnosis. But is something actually off or is Billy just being overly concerned?

The Young And The Restless Spoilers – Billy Abbott Must Consider Priorities

Billy has a thin line to walk. On the one hand he is looking out for his children who will be impacted if all goes wrong with Vashland.

On the other hand Billy is no longer married to Victoria, he’s involved with Lily. So, Khalil’s opinion must be determinant, rather than Billy’s suspicions, which are based on Villy’s history, ruling the day on Y&R.