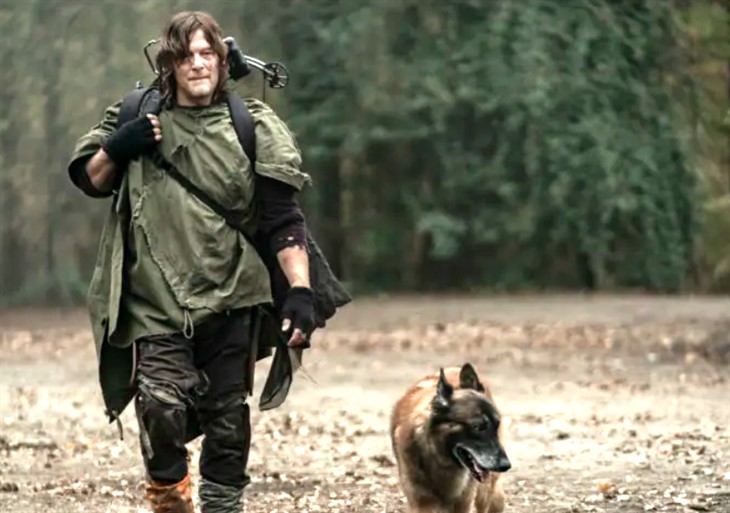 The Walking Dead fans know that Season 11 wraps up the long-running show on AMC. In the past, fans saw that many heroes and many villains died gruesome deaths. Not for the squeamish, kids, and grandmas, husbands. and lovers met ghastly ends. So, fans became used to it. However, in Season 11, fans feel very strongly about the possibility that Daryl Dixon’s dog, simply named Dog, might die. They won’t stand for it, according to a poll.

Norman Reedus told TWD fans that the first 10 episodes follow the story of Maggie Greene. Well, spoilers came that she possibly dies. A short teaser for the AMC show revealed her hanging on for dear life. Fans could probably live with her death. After all, she suffered terribly during the tragic loss of her husband Glenn on the show. So, she’s never been the same since. Recall, Negan murdered him brutally in front of her.

The Walking Dead Season 11 spoilers reveal that Negan and Maggie clash but they are forced to work together as they run into the Reapers. Meanwhile, fans know from the spoilers that Daryl also runs into the Reapers, who seem really grim. In the premiere, Maggie says, “[The Reapers] come at night, and by the time you see them, you’re already dead.” So, when Daryl encounters them, does Dog die?

The Walking Dead Spoilers – Does Daryl Shout ‘No! No!’ For Dog?

Dog arrived in the show after Rick Grimes went off with the Helicopters. When Leah (Lynn Collins) disappeared, Daryl and Dog became boon companions. Roaming the forests and fighting off enemies with the faithful animal at his side, fans became very attached to Dog. Comic Book reported on the possibility that Dog might die in TWD Season 11. The outlet noted that voting about deaths came in a poll run by the Talking Dead. 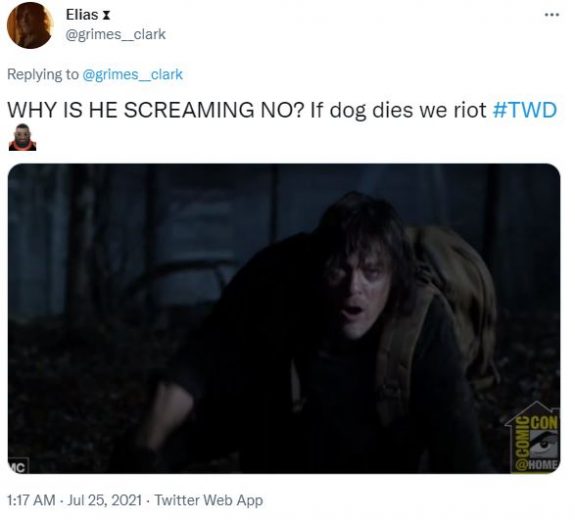 There is a possibility that the Reapers killed or hurt Dog. That came in a clip shown at Comic-Con. When they attacked Daryl Dixon, Dog made a sound that came over as a surprised yelp. Plus Daryl shouted out “No! No!” However, it’s not clear that Dog actually died. Potentially, teasers hinted that Leah and Daryl might neet up again. Of course, it’s possible that Dog spotted or scented Leah, his former owner.

The show producers promised some light moments in the finale. However, for the most part, it seems that fans should expect some very dark scenes. Even though Entertainment Weekly noted back in 2018 that Angela Kang felt it unlikely Dog would die, it’s quite possible that things change for the brutal finale.

Remember to check back with us often for more news, updates, and spoilers about The Walking Dead Season 11 on AMC.