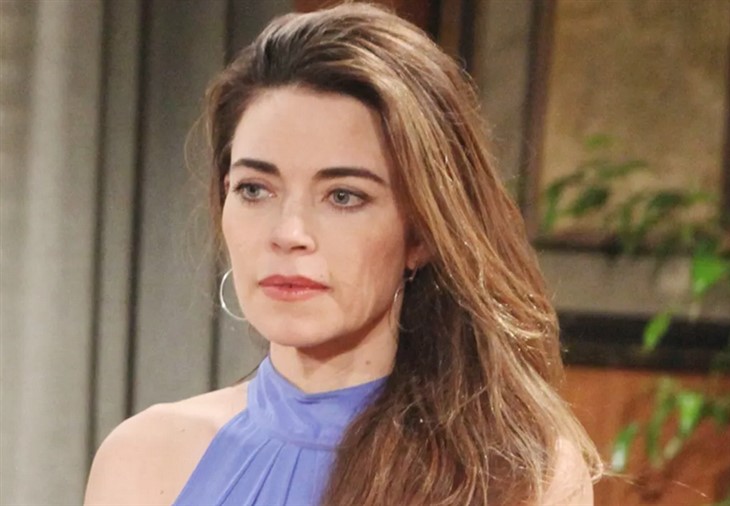 The Young and the Restless spoilers document that Victoria Newman (Amelia Heinle) is in love with Ashland Locke (Richard Burgi). That development would be enough to sway anyone’s judgment. But, as the fans know, Ashland first told Victoria that his death could happen in months.

Adam Newman (Mark Grossman) recently flipped his relationship with Nick Newman (Joshua Morrow). The brothers are good with each other, which was sparked by Adam twice helping Faith Newman (Reylynn Caster).

Nick’s push to dig into Ashland’s background naturally leads fans to wonder if he’ll ask Adam for assistance. Considering the Cyaxares deal and Ashland’s connection to Newman Media, it’s reasonable to believe that Adam could reaffirm that his redemption path is real.

Nick had many reasons to distrust Adam. The leading ones were based on the cruel acts that Adam perpetrated against Nick’s loved ones in past years.

So, the breakthrough that the brothers shared in Kansas proved monumental. It signaled Nick’s recognition that Adam wanted to change. It was at that point that Nick decided to give him a hand up, rather than assume a cynical stance that progress could never be made.

Adam was influenced by Nick’s change of heart. Morrow’s character was willing to be open to progress, which provided significant encouragement to stay on the right path.

Victor Newman (Eric Braeden) questioned Ashland’s claim of being terminally ill with cancer. He openly asserted that the head of the Locke Communications Group (LCG) was working a long-range scheme.

It could be that Ashland intentionally sold Cyaxares to Victor and Adam as part of a chess strategy. He gained a foothold in Genoa City, Wisconsin, with a small deal, as part of his overall plan to merge LCG with Newman Enterprises.

The goal of assuming control over Newman would still be challenging if just the merger happened. But becoming Victoria’s husband would allow a far different calculation to be made and employed.

Young And The Restless Spoilers – Victoria Newman Must Be Shown Proof

Victoria is not open to believing that Ashland is fooling her. That goes against the famous Newman ego, a genetic trait she inherited from both of her parents and shares with her siblings.

If Nick asks Adam for assistance in investigating Adam, then it will likely be given. Assuming that Ashland is hiding anything, from the utterly serious cancer issue or even if it’s not that, like a pre-planned business attack, conclusive proof will need to be discovered.

The intended Mrs. Victoria Newman Locke, merged first in business and then in marriage, would be saved by such a revelation. Having time to digest that outcome she might be inclined to accept who Nick already has, Adam.