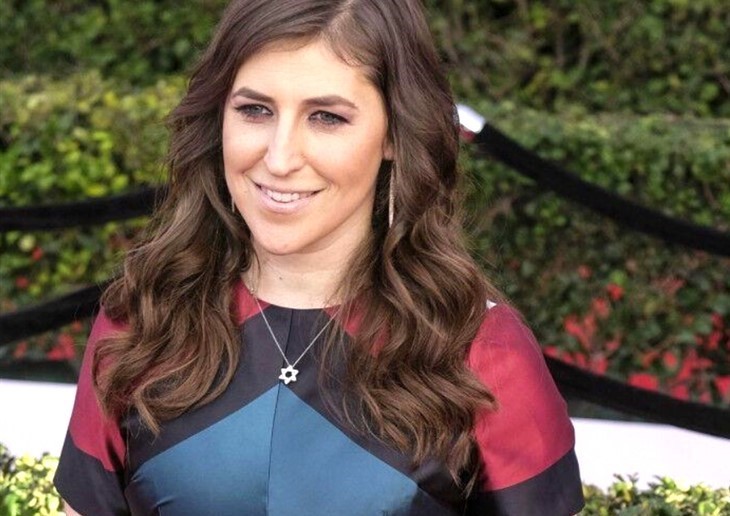 Two new Jeopardy! hosts have been announced after a long and dutiful search was carried out for the purpose of finding the right replacement for the late Alex Trebek. Sony Pictures announced the new hosts on August 11, and let’s just say, they couldn’t be more thankful for being chosen for the role.

The statement released revealed that Mike Richards will be taking up the position of the full-time host of Jeopardy!’s syndicated show starting with Season 38. Mayim Balik, on the other hand, will host Jeopardy!’s primetime and spinoff series, including Jeopardy! National College Championship, which is set to air on ABC next year.

The new position will not stop Richards from continuing to fulfil his current job as executive producer of both Jeopardy! and Wheel of Fortune. Jeopardy! The Greatest of All Time winner Ken Jennings will be returning as a consulting producer for the popular quiz show.

“I am deeply honored to have the opportunity to host the syndicated version of Jeopardy!,” Richards said in the press release. “Never in my wildest dreams could I have imagined being chosen to step into a role of this magnitude. I am incredibly humbled to step behind the lectern and will work tirelessly to make sure our brilliant contestants shine in each and every episode.”

Jeopardy News – He Also Paid Rribute To Jeopardy!’s Former Host Alex Trebek, Who Have Served The Series For Years.

“Alex believed the game itself and the contestants are the most important aspects of the show,” Richards continued. “I was fortunate to witness his professionalism, intensity and kindness up close and that will serve as the ultimate blueprint as we continue to produce the show we love.”

Furthermore, he expressed his joy at having The Big Bang Theory actress Mayim Bialik chosen to host Jeopardy!’s special episodes. “Her academic track record and enthusiasm for the game made her a terrific guest host,” Richards added. “It will be a privilege to produce the primetime series with her as host.”

Bialik also expressed her joy at joining the show and promised to truly deliver. “What started out with my 15-year-old repeating a rumor from Instagram that I should guest host the show has turned into one of the most exciting and surreal opportunities of my life!” she stated in the release. “I’m so grateful and excited to continue to work with Mike Richards, and I’m just over the moon to join forces with him and Sony. After all the conversations we’ve had about this partnership, I am just so ready to get started!”

Jeopardy News – The Race To Find The New Jeopardy! Host

Alex Trebek, who hosted Jeopardy! for 37 seasons after its revival in 1984, sadly died from pancreatic cancer at the age of 80 last November. Following his death, the show began to search for its new host. Over the past season, numerous famous faces like Katie Couric, Aaron Rodgers, Bill Whitaker, Anderson Cooper, Savannah Guthrie, Sanjay Gupta, LeVar Burton, George Stephanopoulos, Robin Roberts, Joe Buck, and Dr. Mehmet Oz, have graced the famous game show as its guest host.

Richards hosted between the last week of February and the first week of March, and Bialik took her turn at the end of May and early June.

“We took this decision incredibly seriously,” Ravi Ahuja, Chairman of Global Television Studios and Corporate Development for Sony Pictures, said in the press release. “A tremendous amount of work and deliberation has gone into it, perhaps more than has ever gone into the selection of hosts for a show–deservedly so because it’s Jeopardy! and we are following the incomparable Alex Trebek. A senior group of Sony Pictures Television executives pored over footage from every episode, reviewed research from multiple panels and focus groups, and got valuable input from our key partners and Jeopardy! viewers.”

Ahuja also disclosed that the team knew early on that they wanted to divide hosting responsibilities this time, adding that “it became very clear that Mike and Mayim were the undeniable choices.”

“They were both at the top of our research and analysis,” he continued. “Mike is a unique talent, at ease behind the podium and a double threat as producer and host. Mayim has a wonderful energy, an innate sense of the game, and an authentic curiosity that naturally represents the Jeopardy! brand. We are excited to get to work with them both and are confident that they will carry on the legacy of this iconic show.”

Be sure to catch up on everything happening with Jeopardy! right now. Come back here often for all Jeopardy! spoilers, news, and updates.