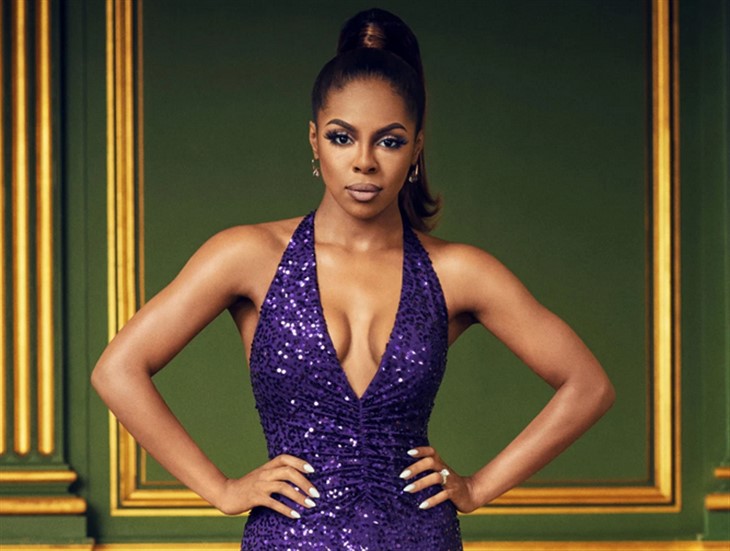 Deliver on eight bars of Bassett’s new song, Drive Back, and Candiace will answer Nikki’s most pressing question from a while back on the Real Housewives of Potomac.

Nikki Minaj entered the social media chat with the Real Housewives of Potomac star a few weeks ago and shared a promotional for the show that featured a RHOP-themed version of her track, Moment of Life.

View Story
suggestion on how the season should end. Andy tells ET that he’d be willing to figure it out.

RHOP – According To Candiace Dillard

“The Nicki Minaj saga, because it’s ever growing and changing, right?” (“’RHOP’: Candiace on Nicki Minaj, Ashley Issues and Gizelle …”) saying that every day she feels like “we’re getting new information about, is she going to come to the reunion? Is she not?”

She goes on to tell the camera, “I was live-tweeting last week’s episode and she’s literally live-tweeting with us and asking for opinions and giving her opinions. I’m going to have no edges. It’s too much. It’s just too much stress for me.”

RHOP – According To Nikki Minaj

When Watch What Happens Live with Andy Cohen’s Instagram account dropped in Nikki’s Instagram comments to suggest she do a feature on Drive Back a confused Nikki responded with the question, “babe, what’s dat?”

When she was told whose song it was, she goes, “oh yea … it’s a nice song. But @ reunion ima have to get into some thangz wit sisy. Cuz chiiiile.”

For her part, Candiace said, “ I did not take what she said about my song as shade,” ending it with, “She said, ‘Oh, it’s a nice song,’ but we have things to talk about at the reunion. And I was like, ‘OK girl, bye. Get on this track and then let’s go home. I ain’t talking to you about nothing that happened in season 5. Good night.”

We can see that Candiace is done talking about season 5 and ready to move on to bigger and brighter days. She says that season 6 will be fun – the season she always wanted to have.

“This season I think is what I thought my first season would be like and what I thought, when I pictured myself in this experience, this is what I saw,” sharing that, Because, what you’ve seen so far is who I am. I like to have fun. I like to laugh. “I like to joke around.”

She said she wishes the audience had gotten to see it like that from the beginning, that they had only gotten to see her “pop off” side.