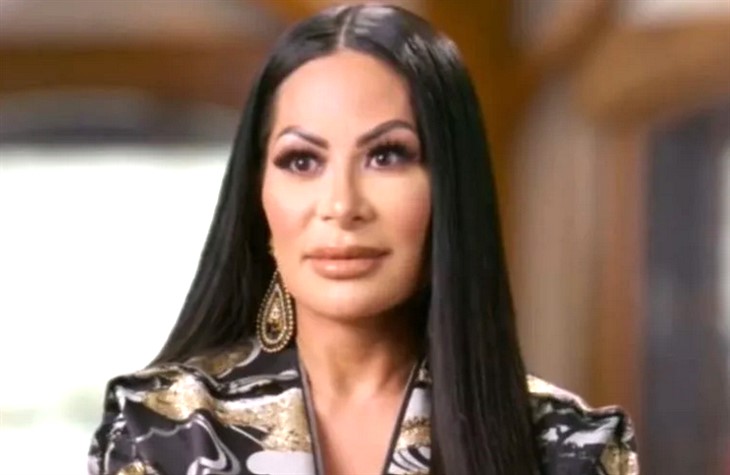 Trailers for season 2 of Bravo’s Real Housewives of Salt Lake City have finally been released via People and fans are excited.

Right away, the exclusive promo jumps into Jen Shah’s legal woes and the extra element of drama it has added to the show.

Returning cast members for RHOSLC are joined with a new housewife, Jennie Nguyen, and we’re immediately given a taste of Jennie when she tells Shah to “Shut the f__k up” in a heated exchange.

Then Jennie’s husband suggests that they “get a sister wife” – a suggestion that makes Jennie explode.

So, as we can see, this season looks to be as exciting as the last.

A lot of things are going on in the upcoming season but the real firestorm centers around Jen Shah’s arrest and her reaction to it.

Immediately you can see her sobbing and pointing her finger at the other housewives and screaming, “All of you guys – tell the truth right now!”

Clearly, she is terrified of going to jail.

In part two of the trailer, we get into Lisa’s arrest more clearly as Whitney Rose tells Mary Cosby “It looks like you may have had something to do with the fact that Jen was indicted!”

In response to which Mary has a look of disbelief before raising her hand to Whitney’s face in a ‘stop’ gesture.

And then we see Lisa standing over Merideth saying, “I swear to God, if you had anything to do with the bullsh_t charges against me — you’re disgusting! You’re f_cking fraudulent!”

“Who’s calling who a fraud?” Merideth claps back, adding the jab, “I love you, baby!”

Lisa can also be heard sobbing about perhaps not seeing her son “for eight years,” and later asking her husband, “Do you know how f_cking scared I am?!”

Later on, her attorney can be heard telling Lisa, “The U.S. Attorney’s office is no joke.”
About the newcomer, Jenny Nguyen, Jen had this to say, “Jenny is a little firecracker, okay?”

What is clear about all this is that going to prison is a very real possibility for the Real Housewives of Salt Lake City star and she knows it.

What this season appears to be filled with is her trying to discover who was responsible for creating this firestorm for her.

You can catch the premiere of season two of The Real Housewives of Salt Lake City on Sunday, Sept. 12 at 9 PM on Bravo.