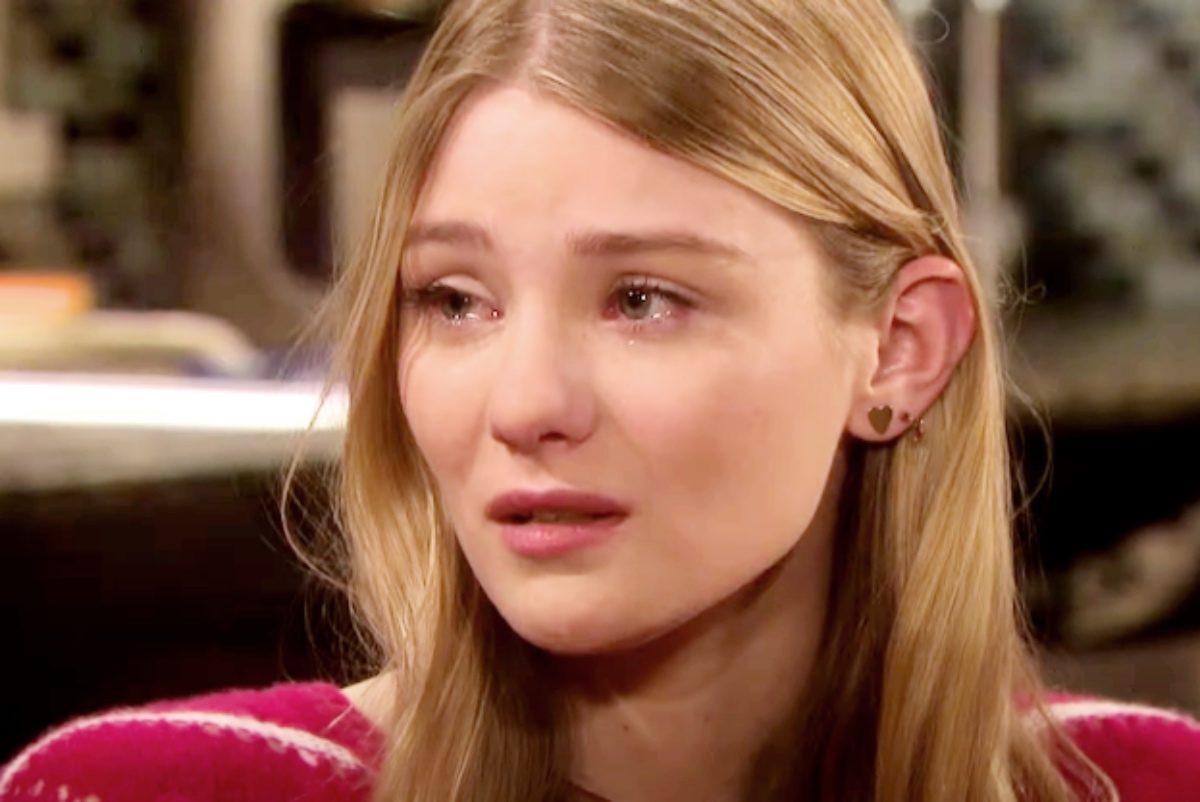 Days of Our Lives (DOOL) spoilers reveal that Allie Horton (Lindsay Arnold) chose Tripp Johnson (Lucas Adams). However, she might be starting to question that decision. The actress teased during an interview that Tripp provides safety and stability while Chanel Dupree (Raven Bowens) is the “more dangerous choice.” What exactly did Arnold mean by that statement?

DOOL spoilers reveal that Allie was involved in a love triangle. She was torn between Tripp and Chanel. Despite sharing a passionate kiss with Chanel, right after she fell asleep, Allie pulled Tripp into her bed. The future doctor asked if she was sure and Allie assured him that she was. However, Allie is now having dreams about Tripp and Chanel, which suggests the young mother might be questioning her decision.

When discussing Allie’s feelings for Tripp, Arnold told Soap Opera Digest that he represents safety and stability. The past year has been incredibly rocky, uncertain, emotional, traumatizing and unstable for Allie. Right now, Allie feels that she needs a rock, someone steady, someone that makes her feel safe and is the picture of stability. Tripp fits that description perfectly. However, when Tripp tells Allie that he loves her, she is unable to say it back.

Days of Our Lives spoilers reveal that Allie might have more passionate feelings for Chanel. When discussing why Allie didn’t choose Chanel, the actress explained,

“I think Chanel is the opposite of Tripp, which is this more dangerous choice to make because she’s not sure how it’s going to go… the feelings that she’s having for Chanel are not feelings she’s ever had for anyone else, so I think she’s just a little overwhelmed…”

While there are a lot of fans that think Allie and Chanel belong together, Arnold teased that this is an unpredictable love story. She also made it clear that Allie not saying “I love you, too” doesn’t necessarily mean she doesn’t have those feelings. She just can’t say it right now because of her emotional issues and the trauma she went through. She has a lot of walls up and her first priority is to protect herself. Saying or even allowing herself to feel love for another human besides her family puts her in a vulnerable position. After being raped, vulnerability and danger are synonymous.

Even though Tripp is an understanding guy, how will he feel when Allie won’t say it back? Could he assume that it means she feels more for Chanel? It has to be a concern that he has even though he is officially dating Allie and Chanel is with Johnny DiMera (Carson Boatman). We will have to keep watching the NBC soap to find out.