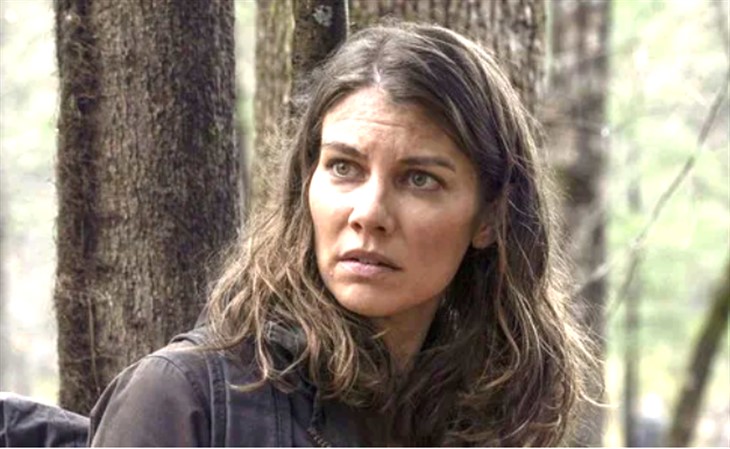 The Walking Dead fans have waited eagerly for the premiere of season 11 on August 22.

As a result, AMC’s zombie drama debut buzz has sparked all sorts of speculations.

But for the icing on that cake of theories, let’s look at what The Walking Dead actress Lauren Cohan says about a key question.

Check out Lauren’s insights on the pros and cons of that plot twist below.

Season 10 of The Walking Dead served up a plot twist involving Cohan’s Maggie and the murdered of her husband, Negan (played by Jeffrey Dean Morgan).

So that leaves us asking the possible options for Maggie during season 11 of The Walking Dead.

And Lauren served up some VERY intriguing possibilities during a recent interview.

But will Maggie achieve consensus?

Lauren offered some clues along with a look at Maggie’s story arc and (drumroll) the good, the bad, and the ugly options of Megan murdering Negan.

The Walking Dead Spoilers – Compares To Lord Of The Rings?!

Reflecting on how she felt when she began shooting the first episode in the final season, Cohan compared The Walking Dead to the Lord Of The Rings.

“When you’ve seen the advertising with “the final trilogy” — it made it feel a bit easier to bear because it felt like Lord of the Rings,” explained the actress.

But although that comparison eased the finality of this season, Lauren put a positive spin on her emotions.

And although some aspects of the plot remain “foggy” even for Cohan, she feels “very happy right now because the show has been so much fun to do.”

As for that comparison to Lord Of The Rings, the actress promised “a lot of incoming change and cool character stuff.”

Lauren also described the journey that Maggie takes from the first episode of season 11 through the eighth.

“It’s about fielding a lot of surprise,” she noted. “If I was just making some sort of illustration of eight episodes, it’s like you take a couple of steps. Then something comes at you from the side. And then you take one more step and something yanks you from behind.”

“Meanwhile there’s this furnace internally of whatever the conflict is with Negan that you don’t really have time to deal with,” revealed Cohan.

And that brings us to the big question. What are the pros and cons of Maggie killing Negan?

If Maggie decides to eliminate Negan, “it seems like it’s the solution to the problem,” pointed out the actress.

But… “If she lets herself go down that road, I think she has truly let go of who she was. This is just Lauren speaking, but I think there’s something to be gained for how they could reach a resolution,” added Cohan.

Adding to the cons, Lauren shared that Maggie “does know that if she lets that dark wave sort of crest and wash over her, then it’s over. Everything you have struggled to keep alive in all these years as you’ve traipsed the earth, looking for a better life and a life worth living, it’s over.”

Moreover, Cohan pointed out that “these animalistic people who are just eking out a life — that’s them if they let it go. That’s them if they give in to kill or be killed, and we can’t let that happen. And she, thank God, has Hershel [Kien Michael Spiller] to fight for, and to fight for that life.”

Tweet us your thoughts on the pros and cons of Maggie killing Negan during season 11! And be sure to check back on our site for all the news about The Walking Dead.