Bachelor In Paradise: Blake Horstmann And Becca Kufrin Might Have Another Shot at Love 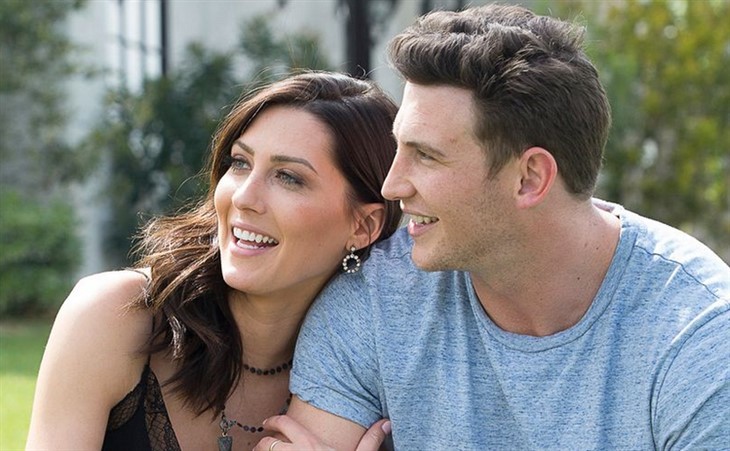 Becca Kufrin starred on The Bachelorette in 2018 and Blake Horstmann had ended up in second place.

Fans will remember that Becca ended the engagement, with Garrett Yrigoyen, that came from that season of the show, which left the possibility open for Blake.

On a Friday, August 20 episode of the Reality Life with Kate Casey podcast Blake Horstmann, 32, opened up a little on the subject, saying, “We did kind of chat here and there, and we were back in touch within the last, like, six months” and adding, “It kind of came down to if she was going to do Paradise or not.”

Bachelor in Paradise- I Never Thought They Would Break Up

Kufrin, who is 31, appeared, on a promo, to make a connection with Thomas Jacobs, a suitor from Katie Thurston’s season of The Bachelorette.

The veteran Bachelorette has been single since she announced, in September 2020, the ending of her engagement with Garrett Yrigoyen, 32.

“I always thought they would never break up. So like, I completely put her out of my head. It was never something, like, ‘When they break up …’ because I never thought they would,” Horstmann had told Casey on the podcast, adding, “When they did, it was, like, this weird thing of, ‘Well, I wonder if there’s anything still there?’”

Now that Becca is available, the Coloradoan isn’t ruling out a possible relationship with the former Bachelorette but appears to believe the show might make such a reunion difficult.

“I would be willing to talk, of course. But we’ll see how Paradise works out because she’s going to Paradise. And I don’t know that show can change you and those producers get a hold of you. The show doesn’t like me, the show doesn’t want to see us together,” he tells the host, saying, “she has, like, the ABC podcast [Bachelor Happy Hour]. That’s kind of her thing. She is very much involved in that show. We’ll see.”

For fans who don’t already know, Horstmann appeared on season 6 of the show Bachelor in Paradise and there was a lot of drama on the show regarding his relationships prior to being on the show.

He had revealed that he had visited Hannah Goodwyn and had even dated Caelynn Miller-Keyes and Kristina Schulman before Paradise.

He has since told Us Weekly that he has no regrets and nothing to apologize for.

“I’ll never really apologize for that,” he tells US on the Here for the Right Reasons podcast.

Catch Bachelor in Paradise Monday and Tuesday nights at 7 PM on ABC.