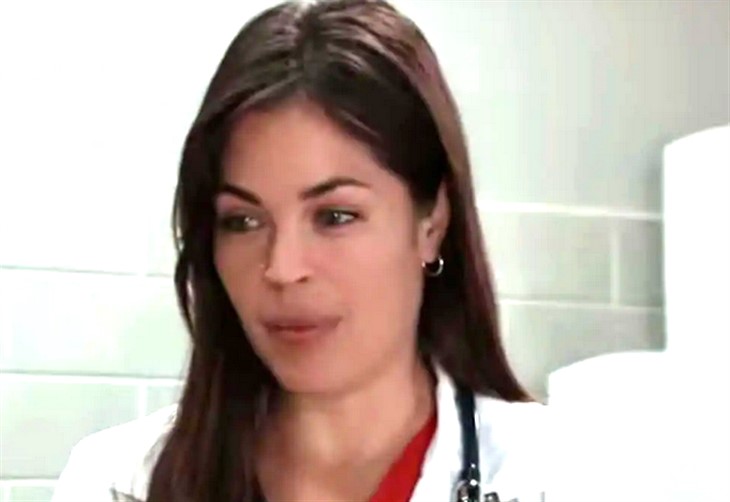 General Hospital (GH) spoilers and updates tease Dr Britt Westbourne (Kelly Thiebaud) is moving on with her life. She was diagnosed with Huntington’s disease. She does not know when she might start to have problems from the disorder. The only ones who know about her diagnosis are her mother Dr. Liesl Obrecht (Kathleen Gati),

Scott Baldwin (Kin Shriner), and Jason Morgan (Steve Burton). Britt and Jason had been in a relationship. Britt was happy to have Jason in her life. Britt and Jason ended their relationship when Jason decided that he needed to marry Carly Corinthos (Laura Wright). Britt has been trying to put her sadness over losing Jason behind her. She is trying to concentrate on her work as Co-Chief of Staff at General Hospital.

Britt went to the Savoy to have some time for herself. Co-Chief of Staff Dr. Terry Randolph (Cassandra James) brought many of the nurses from General Hospital to have a girl’s night out. She brought Epiphany Jones (Sonya Eddy), Deanna Sirtis (Dioni Michelle Collins), Amy Driscoll (Risa Dorken), Bobbie Spencer (Jacklyn Zeman), and Elizabeth Webber Baldwin (Rebecca Herbst). Britt tried to connect with the nurses but they were not ready to connect with her.

Many of the staff have been upset that Britt was brought into be Chief of Staff by Cyrus Renault (Jeff Kober). Terry wanted to help Britt by getting Epiphany to talk to her. Terry is trying to get along with Britt. However, Britt and Terry may have trouble getting along if one of the nurses causes tension between them. Liz has been unsure about how she feels about Britt and may do something that causes Britt and Terry to have some difficulties at work.

Britt and Liesl have not always had a good relationship in the past. Recently Britt and Liesl have found that they are getting along. Liesl was upset that Jason decided to marry Carly instead of being with Britt. Liesl was devastated to find out that Britt had Huntington’s disease. Britt has been happy that Liesl has found love with Scott.

Liesl has not had many positive relationships in her past. Scott and Liesl are getting close and may have something to celebrate in the future. Britt will want to celebrate with Liesl if she and Scott have decided to make their relationship official in some way. Liesl is trying to find treatments for Huntington’s disease. Britt may find out that Liesl has found a promising treatment that could help Britt.

Can Britt find a new love? Britt does not want Huntington’s to rule her life. Can Britt find a way to live her life even with the fear of the disease? Britt is grateful that Liesl is with Scott. Will Scott become an official part of her family? Be sure to catch up on everything happening with GH right now. Come back here often for General Hospital spoilers, news, and updates.