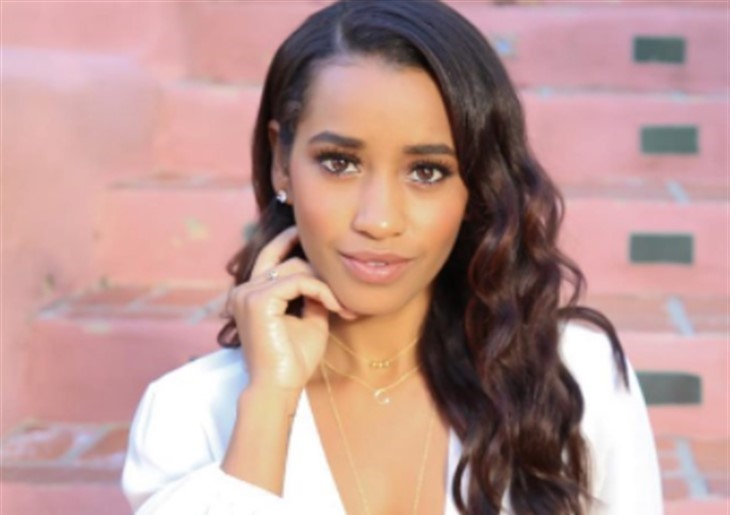 ASK AM 3 PICS Seinne Fleming, who appeared on a previous season of The Bachelor with Arie Luyendyk Jr starring, has gotten engaged and fans could not be happier for the couple.

Flemming, 31, announced her engagement to her boyfriend, Doug Fillmore, in a series of very romantic images she shared in an Instagram post on Tuesday.

She captioned the post with, “The best surprise and most amazing weekend of my life!!! I absolutely said YES to my favorite person and the sweetest man I know!” following that with, “I’m so excited to continue building an incredible life with you @dougfillmore_ I love you beyond words!!”

Her fiancé, Doug Fillmore, who is a realtor for the real estate firm, Zacuto Group, had some things to say about their engagement on his own Instagram account, sharing the same images.

For his part, he said, “Words can’t begin to describe this moment,” adding, “What I can say is nobody has ever made me feel the way you do. I love you always & forever @seinnefleming.” 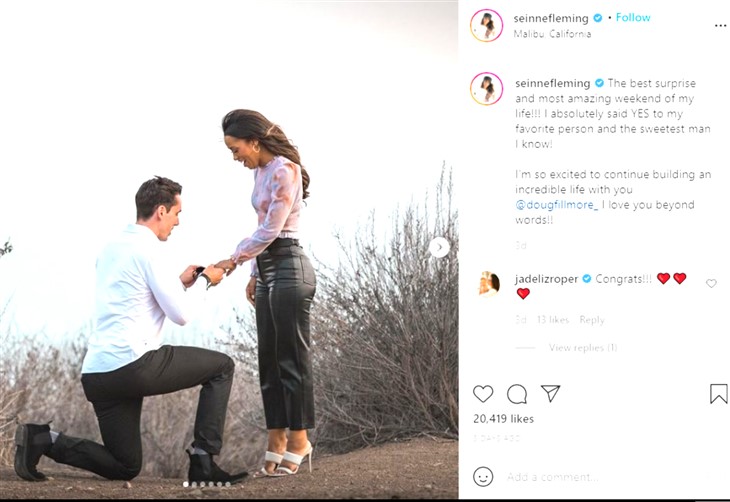 Fans and followers on both accounts had wonderful things to say about the couple’s engagement but Flemming’s post has garnered 20,419 likes as of this writing.

Of course, the couple received numerous congrats from the Bachelor Nation including former Bachelor, Arie Luyendyk Jr. Who wrote, “Awesome!! About time @dougfillmore_” and even his wife has congrats to give saying, “Ah you guys!!!!! Congrats!!️” 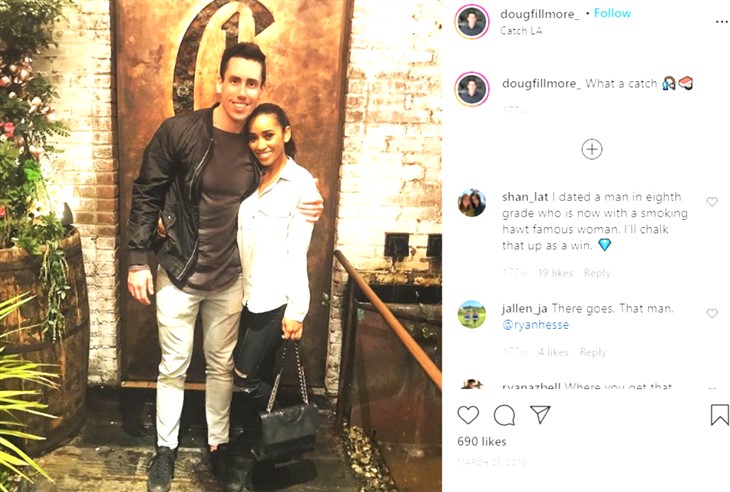 The Bachelor – What A Catch

From the information available, we can see that the couple has been dating since 2018, but they appear to have made it official that May when Doug shared an image of the couple at Catch LA, with the simple image caption, “What a catch.”

Rumored Celebrity Contestants for Dancing With the Stars Season 30https://t.co/ocSleO5r0R

The following year Flemming and Fillmore attended the fabulous wedding of former Bachelor star, Arie Luyendyk Jr, at Haiku Mill in Maui which has occurred less than a year after the two got engaged on The Bachelors After the Final Rose, hosted by Chris Harrison. 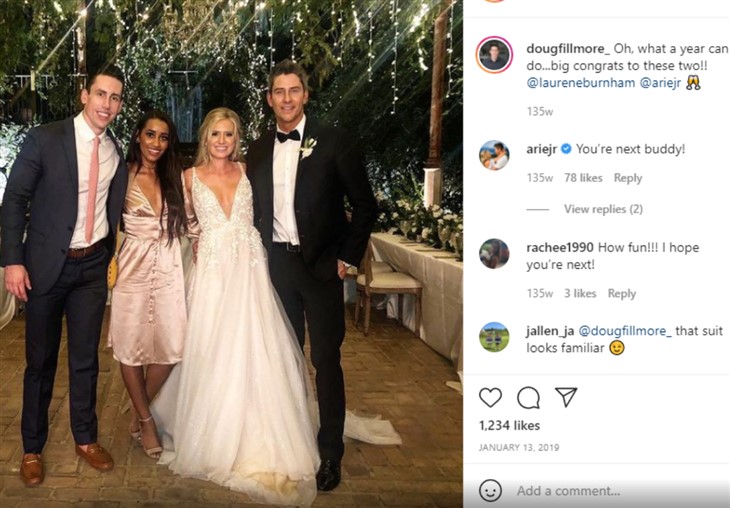 Flemming shared an image of the two of them together with the bride and groom at the wedding, captioning it, “Oh, what a year can do…big congrats to these two!!”

Fans will certainly follow these two couples for years to come and share the memories that they build together. We can already see that they all seem perfect together and are sure to see a wonderful, prosperous future.