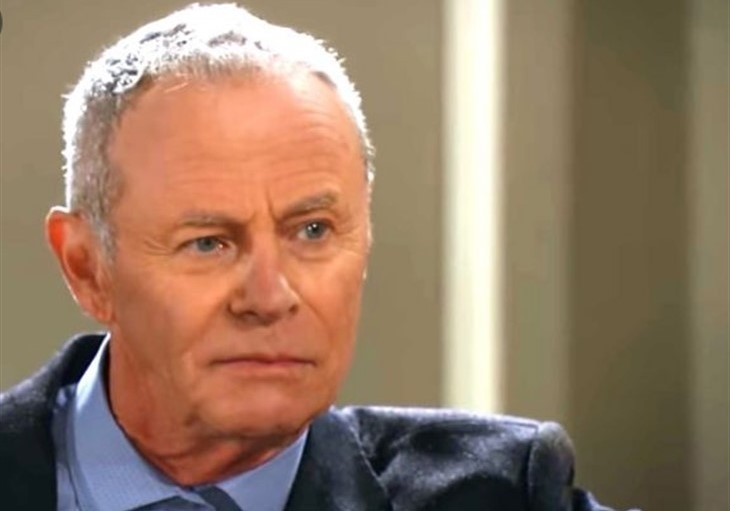 General Hospital (GH) spoilers and updates tease that Tristan Rogers is reprising his role as Robert Scorpio on the soap. The actor has been off the canvas for three months and was last seen back in May. Fans who’ve been worried about the actor’s status can now rest easy knowing that he’ll be back on screen soon.

On Twitter, the actor said “I think it’s safe to…say I’m back in the show. Let’s all be positive.” The actor’s optimistic post gave fans hope that they’ll be seeing him soon on screen. His followers were quick to offer him support as they’re all eager to see him reprise his role soon. Nothing much is known as to what storyline he’ll be part of or a specific date for his comeback, at least for now.

General Hospital Spoilers – For The Week Of August 23

Nina Reeves (Cynthia Watros) will find herself in a complicated situation. Maxie Jones (Kirsten Storms) shows up unexpectedly in Nixon Falls. But she’ll also have to face another unwelcome visitor. Spoilers hint that Ava Jerome (Maura West) will decide to leave Port Charles and she may very well be the second person to appear in Nixon Falls. If Nina manages to get rid of Maxie, she still has to deal with the second unexpected visitor.

Meanwhile, Maxie will have to deal with some drama of her own when she returns to Port Charles as she sees “Bailey Quartermaine” aka Louise August (Harper and Scarlett Bloom) with Valentin Cassadine (James Patrick Stuart). She’ll also find Carly Corinthos (Laura Wright) who’s busy planning her wedding and the pair may end up talking about Maxie’s brief stay in Nixon Falls. It seems like Nina will get things under control and will go on her first official date with Sonny Corinthos (Maurice Benard)

As for Carly, she’ll be gearing up for her wedding with Jason Morgan (Steve Burton). The latter will have a bachelor party and he’ll heave an uninvited guest. Joey Novak (Patrick Zeller) will be the party crasher so Jason will have to deal with him the best way he can.