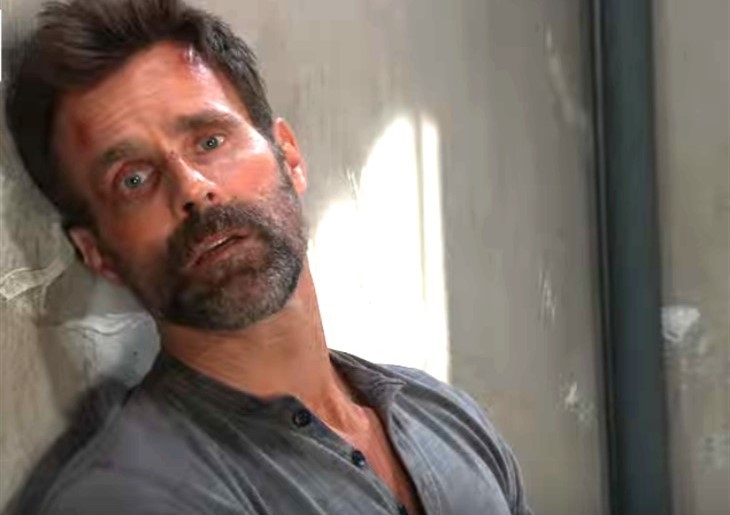 General Hospital spoilers tease that once Drew Cain (Cameron Mathison) returns to Port Charles and finds out about his former little foster brother Bobby – aka Franco Baldwin (Roger Howarth) he’ll be the one to avenge his murder and capture Peter August (Wes Ramsey) in future episodes of General Hospital!

General Hospital viewers will recall that Drew and Franco were very little, like maybe four and three years old when they lived together in the foster home of Karen Frank (Deborah Strang) and her abusive boyfriend Jim Harvey (Greg Evigan). It was part of Franco’s total redemption when it was revealed he was sexually abused as a child, and with much therapy with Kevin Collins (Jon Lindstrom) he remembered he didn’t push little Andy down the stairs, he pushed him up the stairs in an effort to get him away from Harvey!

General Hospital viewers will remember those poignant scenes of Franco having traumatic memories coming up and Drew comforting him, and later busting their way out of that concrete prison Harvey had trapped them in! You can bet when Drew finds out Peter murdered “Bobby” he’ll want to take him down!

General Hospital viewers will recall that Drew, Elizabeth Baldwin (Rebecca Herbst) and her boys were very close, even after it was revealed that he wasn’t really Jason Morgan (Steve Burton) but his twin! Drew was protective over Liz’s boys even when she and Franco had married, like an uncle.

In fact, Drew is one of the boy’s actual uncle – Jake Webber’s (Hudson West). He will certainly step up for all of them, as well as his nephew Danny Morgan (Porter Fasullo) and of course his daughter Emily “Scout” Cain (Ella Ramacieri) who he is fighting to escape to return to. Scout is his motivation to fight his way out of the foreign prison and back to Port Charles, but Franco’s murder will be his motivation for going after Peter much more than himself when he finds out Peter set his plane crash and capture in motion, as General Hospital viewers will recall!

General Hospital viewers have seen the anger that Drew is experiencing in the foreign prison, and how he would like just one minute with the bastard that took years of his life. Although General Hospital has not revealed exactly who “the boss” is who “plucked Drew out of the ocean” it sounds very familiar. Jason was “plucked out of” the water off the Port Charles pier by Peter’s father, Cesar Faison (Anders Hove) to bring him to Helena Cassadine (Constance Towers) for the memory transfer experiment which gave Jason’s memories to Drew, but left none of his own.

Those memories wound up in Franco and were then removed, but who is to say that Drew hasn’t regained some of those memories while in captivity? He may know that Peter was involved in kidnapping him out of Afghanistan years ago as well as “saving” his twin Jason only to put him in a Russian clinic! Piling Franco’s murder on top of all that anger will send Drew like a raging bull after Peter; and Peter will get all the justice he deserves!