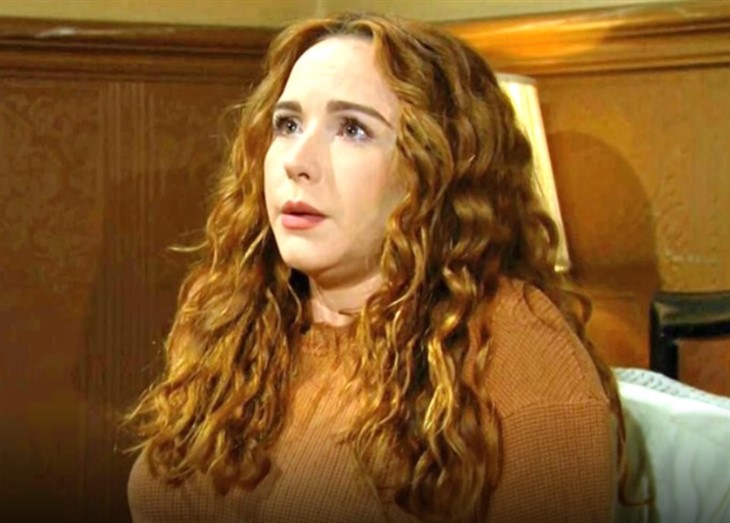 The Young and the Restless spoilers reveal that Mariah Copeland’s (Camryn Grimes) phone will finally be unblocked. When it is, Rey Rosales (Jordi Vilasuso) will finally know Mariah’s location. However, is it possible that Mariah has been locked in Abby Newman-Abbott-Chancellor’s (Melissa Ordway) house all along?

The Young And The Restless Spoilers – Mariah Copeland’s Phone Unlocked

Y&R spoilers reveal that this week, Kevin Fisher (Greg Rikaart) will get good news from his IT team. Mariah’s phone will finally be unblocked, which will give authorities its location. Even though Ben “Stitch” Rayburn (Sean Carrigan) will give Abby a “tip,” fans are still convinced that he’s guilty. Stitch’s lead on the power bars could be a diversion to send police looking in the wrong direction. Plus, it can’t be a coincidence that the surveillance footage connected to Stitch’s tip has a glitch.

Y&R Spoilers – Suspect Has No Home

Stitch was in Genoa City temporarily but eventually told a lie about being offered a job at the hospital. Devon Hamilton (Bryton James) found out that Stitch wasn’t offered the position he claimed. That job went to Nate Hastings (Sean Dominic) but everyone thinks it’s just a misunderstanding.

Plus, since Stitch said he was staying in town, he needed help finding a place. That means he has no home and really nowhere to lock Mariah up. Sure, he could be using a vacant house, but that’s unlikely.

The Young And The Restless Spoilers- Door Looked Familiar

The Young and the Restless spoilers reveal that when Mariah was first seen after her disappearance, she was banging on a door. The door looked like one of a house, such as a bedroom or a den. It also looked familiar, but that might not mean anything at all. Still, it is something to keep in mind.

As fans recall, Stitch was peering in the window of Abby’s house. Even though we only saw a shadow of someone watching Abby sleep, it was clearly a man’s figure. The man’s build kind of resembled Stitch. If so, that means he already has access to Abby’s house and since it’s a mansion, there are probably tons of unused rooms. All Stitch would need to do is install a camera and soundproof the room. He probably did that when nobody was home. Wouldn’t it be something if Mariah was being held right in Abby’s house all along?

The Young And The Restless Rumors: Helen And Alice Linked To Kidnapping?https://t.co/FkTitC9AAE

There is also Stitch’s “helpfulness” and always showing up at the house at just the right time. We also see in the promo that Tessa Porter (Cait Fairbanks) has made it clear that she will never forgive the kidnapper. She wants justice, as does Sharon Rosales (Sharon Case). We also know that Abby takes matters into her own hands. All of these suggest that the kidnapper is someone they know and trust.