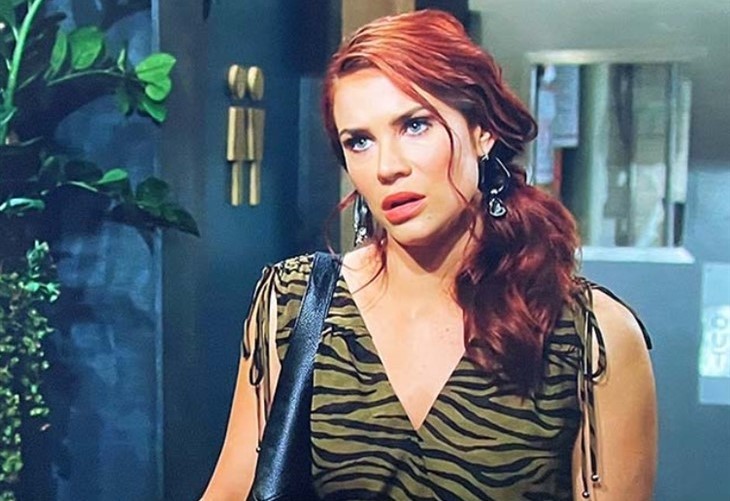 The Young and the Restless (Y&R) spoilers document that Sally Spectra (Courtney Hope) retains full confidence in herself. After committing another act of self-sabotage she has to be resilient.

To her credit, Sally is trying to be positive and productive. Yes, she holds Phyllis Summers (Michelle Stafford) responsible for her career at Fenmore’s ending. But some slack can be given to Sally for her response, as Phyllis did use hardball tactics many weeks before baseball’s playoff season begins.

Chloe Mitchell (Elizabeth Hendrickson) scooped Sally up, rightly securing the fashion free agent’s talent as a solid Newman Media acquisition. Adam Newman (Mark Grossman) agrees and appears to be at least a mentor candidate, if not more than that eventually.

The Young And The Restless Spoilers – Speaking Of The Newman Family

Sally has a bold idea. She’s making use of her ill-fated connection with Tara Locke (Elizabeth Leiner).

Victoria Newman (Amelia Heinle) is marrying Tara’s ex-husband, Ashland Locke (Richard Burgi). The event is set as a destination wedding, with the ceremony to be held at her parent’s home in Tuscany, Italy, this October.

Nuptials held at this high level should include the bride wearing a statement dress. That’s where Sally comes in or so she intends.

It will be interesting to see how Victoria reacts to Sally’s wedding dress proposal. Maybe the future Mrs. Newman-Locke will accept it as a jab at Adam?

Victor Newman (Eric Braeden) knows that Adam is focused, which is why their business venture appears to be humming. This father-son relationship is the best its been since Adam (with the initial adult edition played by Chris Engen) first returned to Genoa City, Wisconsin, in 2008. That seems like forever in both real and soapy time.

The Moustache made a point to tell Adam not to involve himself with Chelsea Lawson (Melissa Claire Egan) and or Sharon Rosales (Sharon Case). Victor is being protective because he feels Adam is negatively distracted by those two women, in particular.

Of course, this is a highly subjective assessment, with Victor’s paternal instincts ruling fully in favor of his child.

The Young And The Restless Rumors: Helen And Alice Linked To Kidnapping?https://t.co/FkTitC9AAE

The Young And The Restless Spoilers – Sally Spectra Regains Momentum

So, Sally couldn’t convince Jack Abbott (Peter Bergman) to overlook her colorful personality traits. That means she won’t be adding Abbott to her name, as was the aim.

Adam is part of another prominent family. He sees her game, but also recognizes a fellow creative morality artist.

Sally has established herself in GC. So, she’s not starting at ground zero this time. Instead, this terrific crossover character from The Bold and the Beautiful is trying to regain momentum. The Newman’s will help to determine if that is possible and where she goes from there if it happens.