Love Island: Cast From Season 3 Reunites In New York City Vows To ‘Never Wake Up From This Dream’ 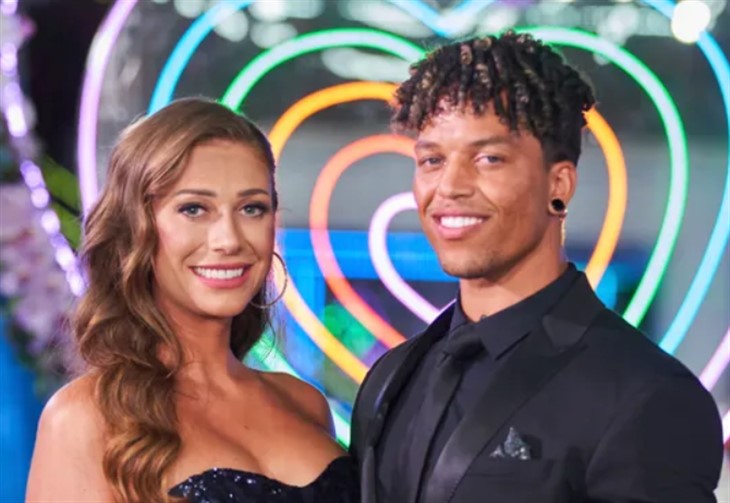 The two reunited with costars Jeremy Hershberg, Wes Ogsbury, Melvin “Cinco” Holland Jr., Cashay Proudfoot, Florita Diaz, and Trina Njoroge and were sure to share plenty of images with us.

Love Island – On the Rooftop Of Margaritaville Resort

The Love Island stars kicked off their weekend with dinner and Cash shared it with fans in an Instagram story.

Cashay and Florita were joined by Jeremy, Wes, and Cinco for the meal and Will Moncada and Kyra Lizama would soon join them.

Later, on the rooftop of Margaritaville Resort in Times Square, they all posed for some sexy photos and shared them on Korey’s Instagram.

“My best freakin friend !!!,” Korey had captioned the image, adding, the hashtag #vibes.

For her part, Olivia shared an image on her Instagram of her and her new guy, with the caption, “never waking from this dream.”

Even Josh Goldstein came to the party

Even Josh Goldstein came to the party. Fans will remember, Josh had to leave the show early due to the death of his sister.

Shannon Saint also showed up, albeit late, and enjoyed the last half of the late-night party.

Josh shared an image on Instagram of himself posing next to Shannon with the caption, “NEW YORK we love you. Reunion is in full effect…stay tuned #margaritavillehotel #nycliving”

Olivia had hinted about the reunion in a Friday interview with The Arizona Republic mentioning that she and Cody had Facetimed Cash the previous night and invited them all to New York.

Olivio had told the Republic that Cash must have been over the moon after her two friends had won – together.

Though the stars aren’t allowed their phones during the filming of Love Island, they have clearly wasted little time before jumping back into social media and they’ve kept all their fans updated almost to the minute.

Korey Gandy had shared an image of the entire cast

Earlier in the month, Korey Gandy had shared an image of the entire cast which he lovingly captioned, “Literally the best experience of my entire life. You all are freaking amazing and thank you so much to everyone who kept my ass there lol.”

We can all imagine how happy Korey and Olivia must be after having won $100,000 and acquiring so many new and wonderful friendships along the way.

It is still unclear whether Love Island US will be renewed for a fourth season, but fans are hopeful.