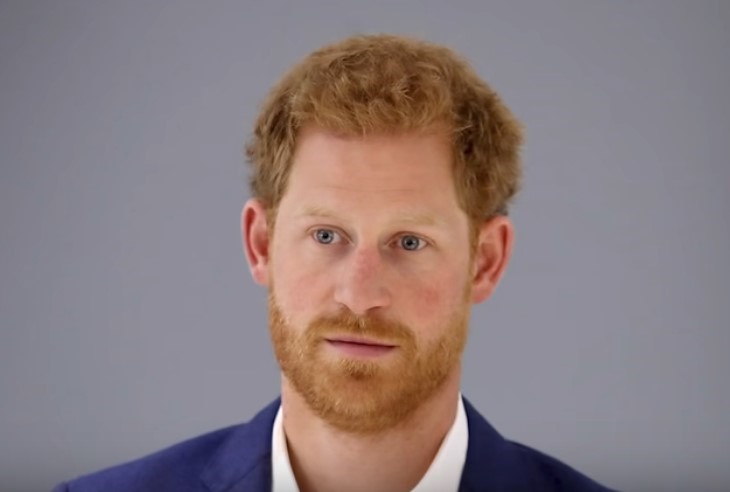 British royal family news reveals that not only is Prince Harry writing a memoir to cover all 36 years of his privileged and elite life, his biography (barely a year old) has been updated and drops later this month on the anniversary of his mom’s death. Can he get any more ghoulish?

The bio is author is Omid Scobie and he is a true hyphenate. Besides writing the book with actual journalist Carolyn Durand, he is Meghan’s “soul mate” and the couple’s go-to journalist, i.e. pet reporter du jour. It’s a heavy burden but he always looks infinitely chuffed when talking about his benefactors.

And talk he has, seeing as how someone has to publicize the new and improved Finding Freedom. Scobie has just seen fit to dish that Harry, “booked a one-way ticket to the UK for Prince Philip’s funeral in the hope he could resolve the alleged rifts with his family,” according to the Daily Mail.

According to Scobie Doo, “the Duke of Sussex, 36, booked a one-way ticket because he ‘didn’t know how the trip would pan out’ – and so planned to return at a later date.”

An extract from the bio published in People magazine reveals, “There was a feeling that this trip might also present an opportunity to come together and talk without the filter of staff as go-betweens, a number of whom the Sussexes had come to discover were behind many of the media leaks they dealt with as working royals.”

Royal Family News – Prince Harry Has An Updated Biography Out

The excerpt claims that the very public exchange of a few words between Prince William and Harry outside St. George’s Chapel after the service was their first in person conversation in 15 months.

Furthermore the book claims they had, “at least two further conversations,” during Harry’s stay and Harry talked to his father Prince Charles but their problems remained “unresolved.” Who do you think fed Scobie this first-hand info? Not Charles, not William.

The original biography was criticized as a saccharine version of the royal runaways, and it looks like the update is more of the same. According to Scobie, Prince Harry and Meghan Markle found it, “harder than they would ever have imagined,” to ditch the monarchy. But in the end their lust for, “financial endeavors and business decisions,” won the day. Oh joy, just what the world needs, more impactful insights from the shallow pair who rejected family for cash money.