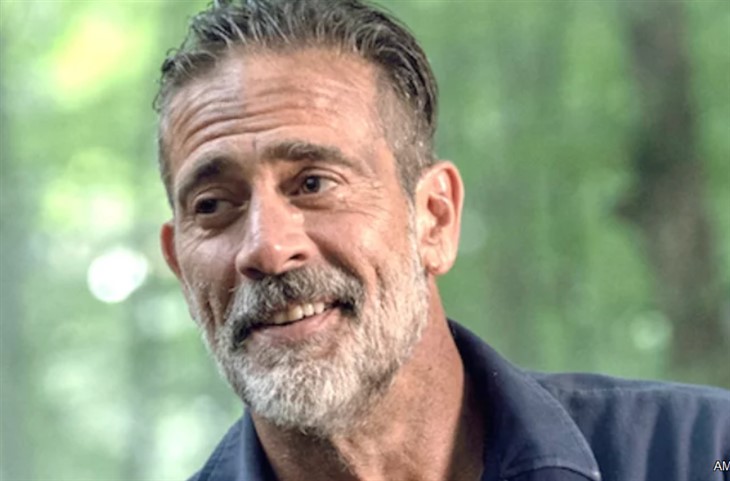 The Walking Dead premiere for season 11 rivaled Game of Thrones for pre-debut buzz. And just like Game of Thrones, that first episode took the excitement to new heights.

Let’s look at what happened in The Walking Dead season 11 premiere and get the show-runner’s insights on the newest cliffhanger in the Walking Dead universe.

(If you haven’t seen that episode yet, beware! The following contains spoilers that could slay your inner zombie!)

During the first episode of The Walking Dead season 11, stars Jeffrey Dean Morgan (who plays Negan) and Lauren Cohan (who portrays Maggie) took us on a wild ride of intrigue.

From Negan’s perspective, Maggie wanted to kill him in order to get revenge for her husband.

As a result, Negan assumed that scary mission in the D.C. Metro system could end in his death.

But then Negan faced a dilemma when given the option of assisting Maggie in fleeing from a horde or abandoning her to face her own death.

Would Negan rescue Maggie as she begged for assistance?

We got a clue on his decision when Negan announced he would not allow Maggie to put him down. So does Negan have any redeeming qualities as we reflect on that cliffhanger?

But first Kang looked at the way that she and the writers chose to begin the premiere.

“We knew that we wanted to start the season with a really cool action sequence,” explained The Walking Dead show-runner.

In addition, the team decided to “really highlight the struggles that they have for food in the aftermath of the Whisperers war. And so part of it is just the challenge of like, what do we do that we haven’t done on the show before?”

The Walking Dead writers agreed to tackle a plot involving lurkers and an element resembling “a nest of vipers.”

Why do an action sequence with minimal dialogue?

Kang values “action sequences where you try to tell a full story with as little dialogue as possible. So at a certain point in the process, we were like, “Let’s just do this whole thing where nothing is said.” There’s a little bit of sign language, but there’s nothing verbal that you hear.”

In terms of the Commonwealth, The Walking Dead show-runner painted a verbal portrait of a world that is like the America that we remember, except that things are a little bit amped up because we are still in an apocalypse.”

As a result, the immigration process involves “a bit of an apocalyptic version of how you vet people. I think what it says is they’re very, very security-minded, which they are. They are vetting everyone very, very hard. And so it means they’ve learned some things about who’s out there in the world,” summed up Kang.

And we also learned that the Commonwealth distrusts outsiders.

“Sweeping up people before they even get to their gates means they have a certain level of disengagement from the things that are around them,” pointed out Kang.

Overall, she feels the Commonwealth must deal with “that push and pull for how do you evaluate whether a new group you come across is more good than bad, or vice versa?”

But when we talk about good versus bad, no character offers as much intrigue in that regard as Negan.

The Walking Dead Season 11 Spoilers – Do Maggie Greene And Negan Smith Understand Each Other?

Reflecting on the scene showing Maggie leading a mission down into the subway and getting push back from Negan, Kang pointed out that Negan’s believe that she’s leading them on a suicide mission is “really right” from his perspective.

As a result, Negan and Maggie fail to understand each other’s goals. Both focus on “trying to get through this mission and could be misreading each other,” added Kang.

The Walking Dead seeks not to paint characters as completely right or wrong.

But Kang admitted that Negan comes across as the real villain. She views a Negan behaving “completely soft” as boring.

As a result, The Walking Dead has shown that Negan’s choices evolve as he seeks redemption.

And that cliffhanger showing Maggie climbing and calling out for Negan could have been a turning point for the show’s villain.

But the decision made by Kang was to opt out of a simple redemption scene.

“He feels like he’s in danger, and we know that Negan is quite pragmatic and he likes to live. He is not somebody that wants to step in front of the bullet for people, for the most part. Maybe for a kid that he likes, but other than that, that guy is there to survive,” explained the show-runner.

So rather than show “growth and redemption by having Negan helping Maggie, Kang sought to stay true to his character.

What could happen next? Is it possible Negan will change his mind? Check back on our site for all the news about The Walking Dead!