The Young And The Restless (Y&R) Spoilers: Phyllis’ Revenge Against Sally Creates Problems With Her And Nick 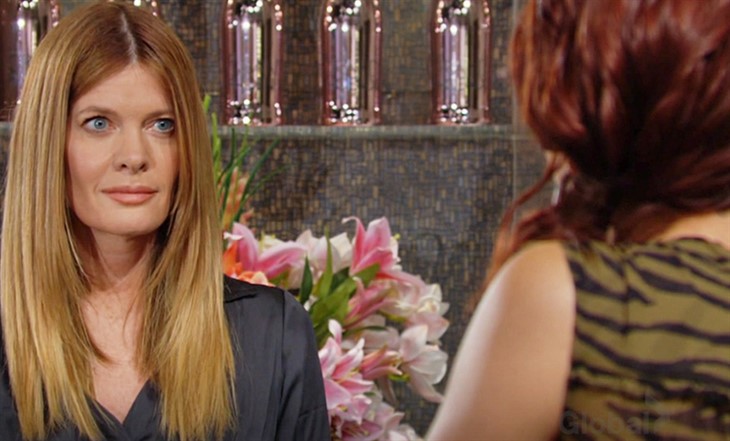 Phyllis is still holding a grudge against Sally for breaking up Kyle Abbott (Michael Mealor) and Summer Newman (Hunter King) by sending Summer off to Milan. Phyllis succeeded in exposing Sally’s scheme and reuniting Summer with Kyle. However, Phyllis was heartbroken when Summer revealed she and Kyle were moving to Italy.

With her daughter being far away, Phyllis is an emotional wreck, and she blames Sally. Seeing Sally move on as nothing happened angers Phyllis, who wants payback.

Phyllis has a worthy adversary in Sally, who isn’t afraid of the hotel owner. The two women have sparred in recent months, and their feud shows no signs of slowing down.

With Phyllis meddling in her life, Sally decides to return the favor. Noticing Phyllis has been spending a lot of time with Jack Abbott (Peter Bergman), Sally doesn’t hesitate in sharing this information with Nick.

Of course Nick is suspicious of Phyllis’ connection to Jack. As with all her exes, Phyllis remains friends with the men in her life. Although she and Nick are happy, he can’t help wondering if she has feelings for Jack.

When Phyllis learns Sally has been planting doubts in Nick’s head, she can’t resist getting payback on the fashion designer. Upcoming previews suggest that Phyllis will publicly humiliate Sally at the Newman Media launch party.

At the event, Phyllis dumps a bucket of ice water on Sally’s head. With reporters nearby they snap photos of the embarrassing moment. While Phyllis is gloating over Sally’s humiliation, Nick will be annoyed.

He understands Phyllis is upset about Summer and Kyle being in Italy, and she blames Sally for it. Yet, in Nick’s mind the best thing is to let it go. Something Phyllis can’t do.

He loves Phyllis, but he’s not going to sit by and watch her torment Sally, especially when it affects his family.

With Sally causing problems for Nick and Phyllis, it’s only a matter of time before one of them pulls the plug on their relationship.

Phyllis knows she’ll lose Nick if she continues with her plot to ruin Sally. Yet as fans know she’s not going to give up on revenge. With Phyllis and Nick at odds, she’ll begin seeking comfort from the one person she can count on, Jack. As her friend and confidante, Jack understands how Phyllis feels. He too suffered from Sally’s manipulations, and he had to say goodbye to his son as Kyle embarked on his next venture.

As Jack comforts Phyllis, the spark will reignite between the two. But will they give in to their feelings or resist the urge?