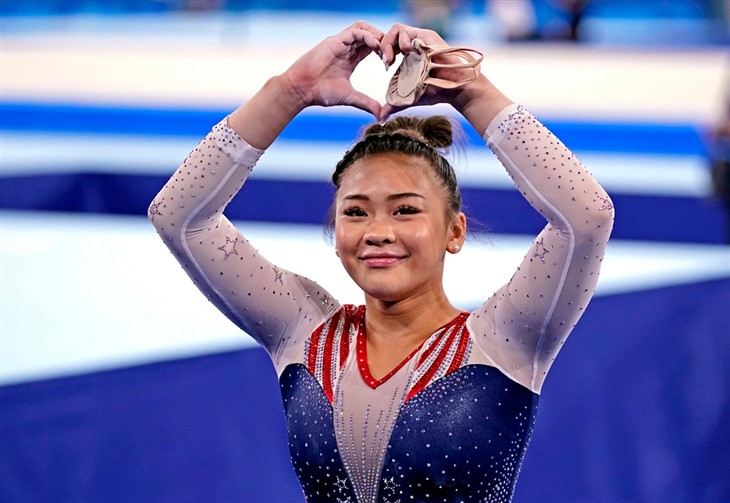 Dancing With the Stars (DWTS) Season 30 premieres on Monday, September 20. Now, ABC started releasing the names of some contestants. Suni Lee the Olympian gold medalist joins as a contestant. Of course, being fit and learning routines as an athlete makes some fans think she stands a good chance at winning the Mirror Ball Trophy.

As the show never releases names of contestants until a few weeks before the premiere, the USA waited on tenterhooks for the first announcements. A lot of rumors and suggestions came along about Bachelor Nation potentials. These included Bachelor Host Chris Harrison. Plus, Tayshia Adams and her man Zac were thrown in as possibles. Well, it’s not known yet if they join the cast, but details emerge now and Suni Lee will star in it.

Other names bandied about for Dancing With the Stars Season 30 included Kamaru Usman. Well, he’s a talented person, so he might grace the stage. Then, there’s KellyAnne Conway, likely a controversial character. Plus, LeAnn Rimes was strongly rumored for it as she performed so well on The Masked Singer. As the names come out slowly, DWTS fans will need to wait and see if any of them end up on the show.

The announcement that the Olympian athlete, Suni Lee joins the cast came via Twitter. It read, “Suni’s got moves, but can she stick the landing on #DWTS?” Well,  a lot of ABC fans think that she certainly will. Nevertheless, others felt that not enough Okyninas won the Mirror Ball Trophy in the past. Mind you, Laurie Hernandez win the Mirror Ball Trophy back in Season 23. 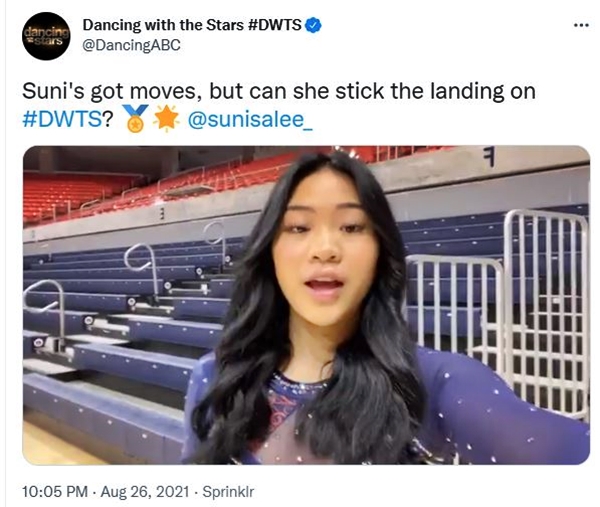 The contestant seems very young for Dancing With the Stars. However, the 18-year-old showed the world just how determined she is when she took home a gold, silver, and bronze medal in Tokyo. The New York Post explained that “Lee has long dreamed of being the first Hmong Olympian, and that wish finally came true for her.” Certainly, if she has the chops for it, the Mirror Ball Trophy might also join her list of trophies that she desires.

Dancing With The Stars – Fans React To Suni Lee

On Twitter, fans received the news enthusiastically. One of them commented, “She’s 100% gonna win. Like… zero chance for anyone else unless you literally cast a professional dancer. Though I love Suni so I’m down for this!” Then another fan commented, “Omg yayayayaya! She has a million of my votes! Give her Val! They’d win. Or Sasha!!!!! Give @SashaFarber to her!!!!!” Clearly, Suni Lee is a popular choice with a lot of fans.

Remember to check back with us often for more news, updates, and spoilers about Dancing With the Stars Season  30 on ABC.