Dexter Revival: Jennifer Carpenter Confirms To Return As A Series Regular — How Will She Reprise Deb? 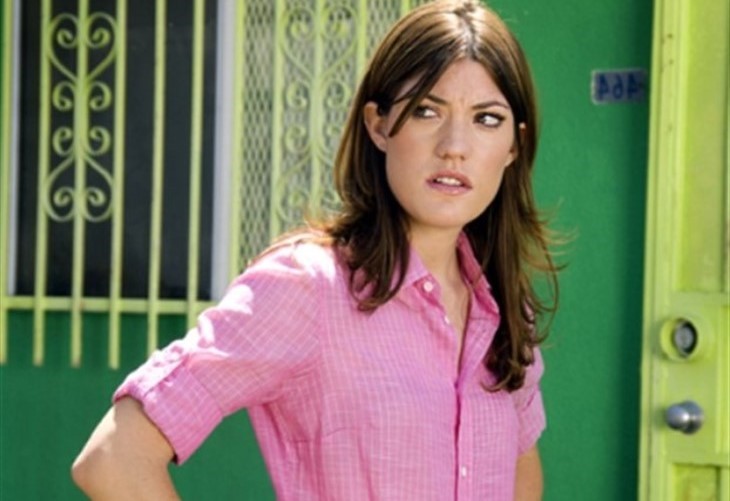 Fans of Jennifer Carpenter’s Deborah Morgan in Showtime’s “Dexter” now have a reason to celebrate for the star confirmed her return as a full-fledged series regular in the show’s upcoming revival “New Blood” set to premiere on November 7.

This comes as a shocker to viewers, for her character died in the original series finale in 2013 with her falling into a coma after Oliver Saxon (Darri Ingolfsson) shot her in the abdomen. But that wasn’t how the show ended though, as it was Dexter who made the hardest decision to unplug her life support. He even got to confess his feelings for her, but it was too late for her to hear.

Her surprise reappearance became the matter of the moment last March after the actress shared a behind-the-scenes photo of herself wearing a striped sweatshirt which Deb is known for.

Dexter Revival – Trinity Is back!

Her veteran costar John Lithgow, who is also confirmed to have a brief comeback as the Trinity Killer, unintentionally announced Carpenter’s reprisal during his interview with Deadline last month.

Carpenter revealed she will play the same but also different character as before during the virtual summer Television Critics Association press tour on Tuesday.

“I don’t think of her as a ghost [per se, but] more of a link or an echo or an inconvenient truth for Dexter,” she revealed.

“[She] comes back to sort of haunt and punish and caretake and provoke and love [him],” she teased.

The revival series revisits Dexter’s new life as a lumberjack last seen in the controversial finale, with him now residing in the fictional small town of Iron Lake.

His new life invites a new “dark passenger” Deb taking over his deceased father Harry (James Remar) as the original voice in his head.

“I love the concept of the Dark Passenger and being invited into Dexter’s psyche,” Carpenter told Deadline.

“I feel like sometimes the Dark Passenger and the passenger is almost directly behind the wheel and it was an opportunity not to be an angel or devil on his shoulder, but to jerk the wheel to the left or right against his will,” she added.

Showrunner Clyde Phillips announced another shocker that Deb will be more than the Dark Passenger. He differentiated the voices with Harry as Dexter’s north star while Deb is an internalized character.

“I think [Deb] represents just how far he’s come or how far he’s fallen… without a compass in a sense as much as he’d like to have one,” Hall added. Keep checking Hollywood Hiccups for more Dexter news and updates.

Dexter’s Ending Revealed – We Have the Deadly Details for You HERE!