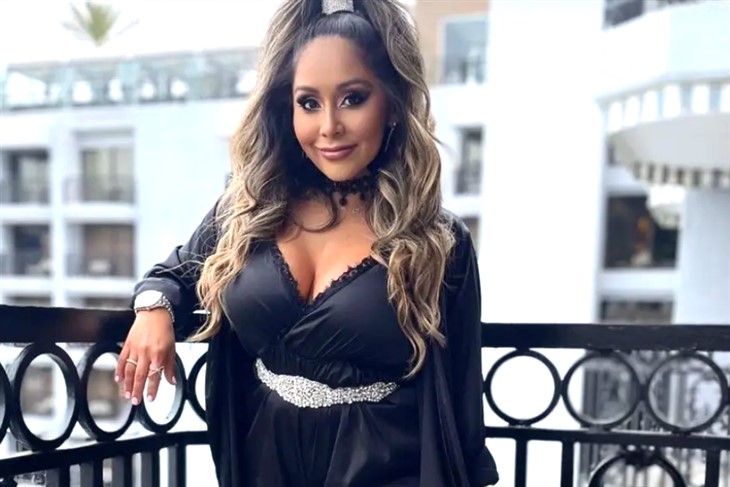 In July fans begged for the return of Snooki but now it seems they want her out. Fans of Jersey Shore may recall that, in May 2020, Jenni Farley, Deena Nicole Cortese, and Nicole ‘Snooki’ Polizzi were asked to prepare the wedding speech for Angelina Pivarnick’s wedding.

Fans are also likely aware that the speech did not go over well as Angelina was pissed that her friends used her special day to insult and disrespect her.

The boys were distressed and worked really hard to mend things between the girls, and we know that, at least for Angelina, Deena, and Jenni, that was successful.

It seemed all was going as planned until Snooki showed up, as Snooki almost managed to unravel all the progress that had been made between the three girls.

Snooki had come down to join in Jenni’s birthday celebration but, once Snooki got drunk her alter ego, Drenn, came to the party and began trying to provoke Angelina.

She started making rude comments and even throwing food – trying everything she could to rile Angelina up.

Her attempts at maintaining diplomacy and peace between the friends ultimately failed when Snooki/Drenn made a disparaging comment to Angelina’s husband, Chris, telling him that he deserved better than Angelina, saying she treats him poorly.

The next day, Angelina broached the subject with Jenny and Deena saying she felt that Snooki had a real problem with her and was just using the “drunk” as an excuse to attack her.

So, we can probably expect some heavy drama between the two in the next episode.

Still another fan tweeted, “Yeah snooki shouldn’t have done that telling her husband that #JSFamilyVacation.”

Naturally, many fans went after Snooki for her inappropriate comments to Chris and did not hold back.

One fan came right out and tweeted, “As of right now, I have no respect for @snooki #JSFamilyVacation.”

Another fan remained more neutral, saying, “I’ll agree with @DeenaNicoleMTV and @JENNIWOWW. @angelinamtvjs and @snooki need to have a conversation without alcohol. #JerseyShore #jerseyshorefamilyvacation #JSFamilyVacation.”

One fan simply came out and said, “can we not have @snooki on the show anymore? Like at all? Things were MUCH BETTER without her #JSFamilyVacation,” and that is where we’re at.

Can the show continue to tolerate such destructiveness from one of its cast members? Time will tell.