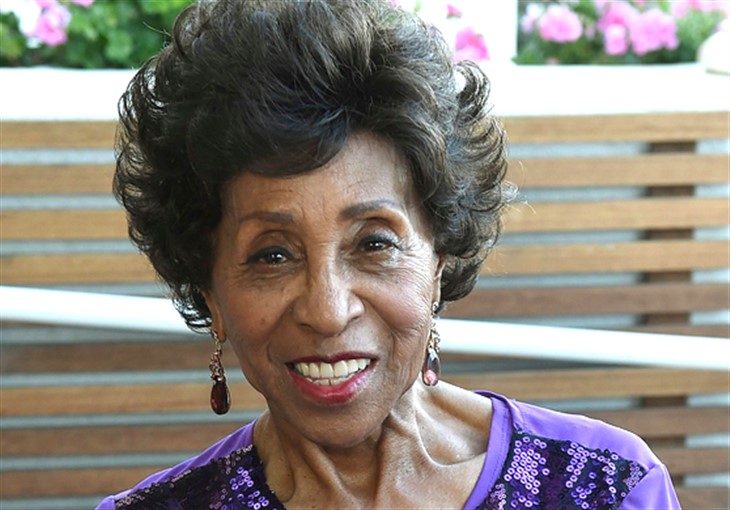 Days of Our Lives (DOOL) spoilers suggest Marla Gibbs is a long-term Days fan so appearing on the show was a dream come true. Can we hope to see her again in the future?

Days Of Our Lives Spoilers – I Tape It Every Day

Days of Our Lives Marla admits to taping the show every day and being a huge fan. Marla gushes about how nice and beautiful everyone on the show is. She says she watches every day and it’s nice knowing what is going to happen.

Marla was thrilled to work with 227 co-star, Jackee Harry as well. Gibbs and Harry also starred in The First Family together as well where they also played a mother and daughter duo. Marla praises Jackee for her acting and directing abilities. Marla says that Jackee directed while on The First Family.

Days of Our Lives Marla mentions that knowing the characters helped her tremendously. Being a viewer, she didn’t have to learn how people are or how they connect. Marla is a fan of almost everyone on the show.

However, Marla was thrilled to learn that some of those actors were fans of hers as well. Eric Martsolf (Brady Black) pointed out that he knew Marla was a fan of the show. Eric is a fan of Marla as well. Rafe Hernandez (Galen Gering) reminds Marla that they worked on Passions at the same time, although the two never had any scenes together. Marla admits that she remembers Garin well.

Days of Our Lives Marla states that she knew who Eli and Lamon were and loved working with them. Marla says they are the cutest things and she loves working with them but did not get to work with her favorite duo. Marla admits that she almost stopped watching the show because Ciara Weston (Victoria Konefal) hadn’t come back to Ben Weston (Robert Scott Wilson). It seems that even Big Mama Olivia is a Cinn fan.

DOOL Spoilers – Other Happenings This Summer

Days of Our Lives Marla not only got to be on days, she also turned 90 in June. In July, Marla received a star on the walk of fame. When asked what keeps her in the business, Marla says she prefers to pretend that she’s thirty. Marla says being she’s thirty makes it easier for her to stay in the business because she would think differently if she were 90.

Marla says she would definitely come back if asked because she wants to finish what Olivia has started. Perhaps Marla may get to work with Ciara and Ben as well.