The Bold And The Beautiful (B&B) Spoilers: Steffy Pushes Sheila Carter Too Far 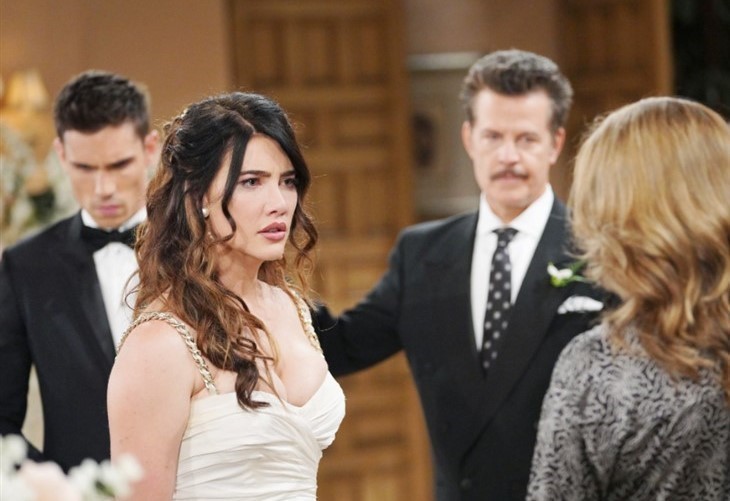 The Bold and the Beautiful (B&B) spoilers reveal the real Sheila Carter coming out to play because Steffy is just too much like her grandmother.

The Bold And The Beautiful Spoilers – Sheila Carter Tried So Hard

The last we saw of Sheila Carter (Kimberlin Brown) before this go-around she had reformed herself and was a server at the local Italian restaurant and no Forrester seemed to care. But being Steffy’s (Jacqueline MacInnes Wood) mother-in-law and the grandmother of Steffy’s son? That they care about. And Steffy really, really cares.

The Bold and the Beautiful (BB) Spoilers: Steffy Demands that Finn Leave Home

She cares so much that she kicks Finn (Tanner Novlan) right out of the house after slapping Sheila right across the face and forbidding her to ever step foot near her again. (Sheila does not take kindly to this.) Steffy is not playing and we all know Sheila does not put up with that. She’s tried to make the Forresters see that she is a new woman. She is still trying but the more Steffy pushes her buttons in the same way that Stephanie (Susan Flannery) would, the closer Sheila comes to snapping.

Her old ways come out big time when she gets more forceful with Jack (Ted King) this week — a man who seems to be quaking in his boots at this point. She’s not sure who he fears losing most if the fact that he is Finn’s biological father comes out. Does he think he will lose his wife’s love and respect or his son’s? She knows he is quaking in his boots so she reminds him that she is holding all the cards because she could reveal his secrets at any time.

She wants a relationship with her son and grandson and he is going to provide it — or else? Unfortunately, Steffy is getting in the way of that and Steffy will just have to be dealt with in a way only Sheila can accomplish? Does Sheila realize who she is up against? Steffy rid Liam (Scott Clifton) from her life now and is no push-over. Sheila sees Stephanie in her and she might just have to put Stephanie out of action. Stay tuned to The Bold and the Beautiful weekdays to see how this story plays out.