The Young And The Restless (Y&R) Spoilers: Amanda’s Family Crisis Must Wrap – Time To Focus On Devon 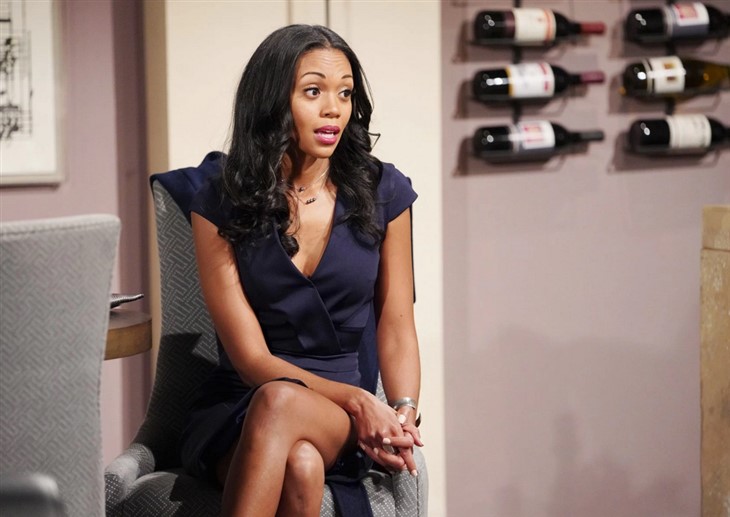 The Young and the Restless (Y&R) spoilers document that Amanda Sinclair (Mishael Morgan) has been hyper-focused on her messy family problems. However, the crisis she’s been facing enabled the deepening of her relationship with Devon Hamilton (Bryton James).

The Sutton Ames (Jack Landron) reveal took a long time to happen. This storyline became a bit convoluted and still hasn’t wrapped. So-called wiggle room was written into Sutton’s supposed admission of guilt, regarding the circumstances of Richard Nealon (no actor’s name known for this retrospective role) death.

It’s past time for Y&R and Amanda to shift focus to the developing Devon connection. Hopefully an engagement happens this fall.

The Young And The Restless (Y&R) Spoilers: Phyllis’ Revenge Against Sally Creates Problems With Her And Nick

The Young And The Restless Spoilers – Richard Nealon Is Gone, Right?

Is is possible that Richard never died, but that he’s only assumed to be gone? Of course, this is daytime.

The above scenario is a way to clear Sutton of having ordered what basically was a hit on the man who fathered Naya Benedict’s (Ptosha Storey) twin girls. So, if Richard is somehow alive, then Sutton could remain a part of the storyline and pursue redemption.

However, if Richard truly was killed, then it would seem unrealistic for Amanda, Naya, or Imani Benedict (Leigh-Ann Rose) to ever restore their connections to him. That would be a shame, as that part of Amanda’s backstory is just one of many elements that sets her apart as different from Hilary Hamilton (Morgan).

Y&R Spoilers – Amanda Sinclair Has Her Own Story

One of the challenges in creating an identical twin is believability. Will the audience buy the same actor in a dual role and will that new alter ego pale in comparison to the original character?

TPTB crafted a smart backstory for Amanda, in having her own identity. She never knew Hilary existed and didn’t meet Naya.

Amanda’s search for her birth mother was aided by Devon’s full support. He was naturally connected to Amanda because she is his sister-in-law. The growth of their relationship has been natural, with the time this took to develop being a wise, creative decision.

The Young And The Restless Comings And Goings: Skyle’s Roman Holiday Is Permanent https://t.co/1WPgmQ9wl8 pic.twitter.com/EZ63PzBiHX

The Young And The Restless Spoilers – Looking Forward, Not Back

Morgan’s bold choice to return to Y&R has resulted in many dividends. The audience benefits from seeing a terrific actor demonstrate her range and the on-screen characters developing entirely new relationships with Hilary’s completely independent sister.

Re-teaming Morgan and James was anticipated by everyone, on both sides of the screen. It’s been done in a way that allows Devon, in particular, to develop something new with his late wife’s twin.

As for Amanda, she needs to do whatever it takes to resolve the family problem and then look to the future. Marrying Devon and having children would make for a good life and good soap.