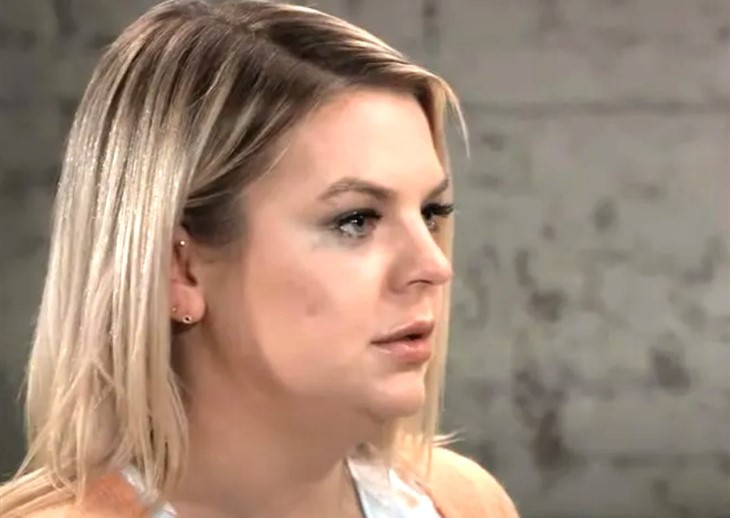 General Hospital Spoilers tease that Dr. Austin Gatlin-Holt (Roger Howarth) seems to have a crush on Maxie Jones (Kirsten Storms). The two of them met in most unusual circumstances. As viewers will recall, Maxie had just escaped captivity and was running lost and alone in the woods and about to give birth.

As fate would have it, Austin showed up just in time to delivery Maxie’s baby. But even as Austin handed Maxie her baby, Maxie’s captor arrived and knocked Austin out. Maxie managed to escape by leading the woman to an open mine shaft. By the time Austin awoke, Maxie claimed that baby had been stolen!

Maxie had concocted a plan with Brook Lynn Quartermaine (Amanda Setton). Maxie would hand her newborn over to Brook Lynn, who had coincidentally been faking a pregnancy for reasons of her own. Maxie knew the only way to keep her baby safe from the baby’s father, Peter August (Wes Ramsey) was to pretend their child had been taken, while Brook Lynn took care of her until Peter was no longer a threat. Austin was supposedly unconscious while all of this was going on, but he has hinted to Brook Lynn that he thinks he heard two women talking as he drifted in and out of consciousness.

Maxie won’t want to spend any more time with Austin than she has to for fear that he might remember that Maxie gave Brook Lynn her baby and blow her whole plan! So if Austin begins to show any romantic interest, a resourceful Maxie will likely warn Austin that if Peter finds out Maxie is interested in someone else, he might very well kill Austin. And as far as Maxie knows, Peter has killed for less, so there is quite a bit of truth in her words. But will she succeed in scaring him off?

General Hospital Spoilers – Dr. Austin Gatlin-Holt Has Other Fish To Fry At The Moment!

But Austin needed proof, so he manipulated Harrison Chase (Josh Swickard) to betray the Quartermaine’s and help him locate the proof. So Austin isn’t above playing dirty and might even be able to hold his own against Peter! But he won’t likely want to involve himself in Maxie’s drama, at least until the matter of Edward’s will is decided.

Will Maxie warn Austin away by telling him how dangerous Peter is? Or will he tell he that she can’t scare him off? Will he remember seeing Brook Lynn and Maxie together the night Maxie’s baby was born? Will he ruin Maxie’s plan to keep her baby safe? Only time will tell, so stay tuned to General Hospital airing weekdays at ABC. And don’t forget to check back right here