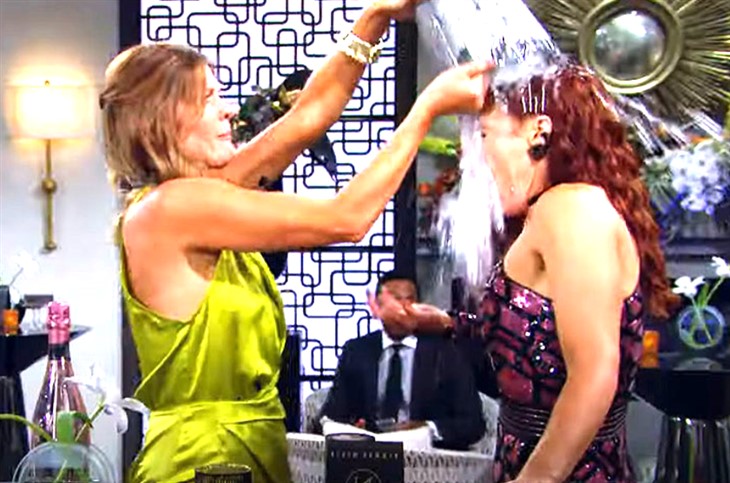 There are those in the viewing audience who back Sally, while others support Phyllis. While it’s hard to determine which mob is bigger, what’s clear is that both combatants are expanding their skirmish into a soapy war.

Sally is irked by Phyllis because she was exposed and defeated by her. The grand plan to force Summer Newman (Hunter King) out of town and take her job was revealed, with Lauren Fenmore Baldwin (Tracey Bregman) subsequently firing Sally from the assumed Jabot Collective position that Summer felt forced to depart.

The Young And The Restless (Y&R) Spoilers: Amanda’s Family Crisis Must Wrap – Time To Focus On Devon

Beyond the above and even more important was Jack Abbott’s (Peter Bergman) second and seemingly final rebuke. Sally’s devious collaboration with Tara Locke (Elizabeth Leiner) was another embarrassing reveal that happened.

So, Sally holds Phyllis responsible for personally destroying what was a burgeoning career and a chance at love.

Phyllis was aware that history was repeating from the moment she spotted Sally’s antics at The Grand Phoenix Hotel. Stafford told the then recently arrived crossover character from The Bold and the Beautiful that Sally was the modern edition of who Phyllis once was.

Sally bravado, which proved to be her fatal flaw in Los Angeles, California, caused her to discount Phyllis as a threat. Sporting ego over experience, Sally crashed hard again.

The move to Newman Media’s fashion platform happened by random chance. Chloe Mitchell (Elizabeth Hendrickson) dismissed the warning she was offered about being associated with Sally and is now coming to regret it.

The Young And The Restless Spoilers – The Brothers Can Be Stabilizers

Nick Newman (Joshua Morrow) has seen this act many times before. He’s generally not able to talk Phyllis down from the reactionary ledge that she intentionally walks on.

Adam Newman (Mark Grossman) is just getting to know Sally. He wasn’t instantly attracted to her, as has been true of other ladies in his life. But Y&R fans can see that an Ally coupling could prove to be electric.

The Young And The Restless Spoilers: Ashland On The Way Out – Victoria Cancels Wedding Or Widowed? #yr #youngandrestlesshttps://t.co/vHHtEVAy0l

Phyllis needs rely on Nick’s ability to soothe her nature. Phick’s positive influence can help her to avoid being sidetracked by Hope’s character.

Sally recently heard Adam’s advice about not giving her enemies reasons to talk. So, she needs to implement what he said in order to avoid further self-sabotage.