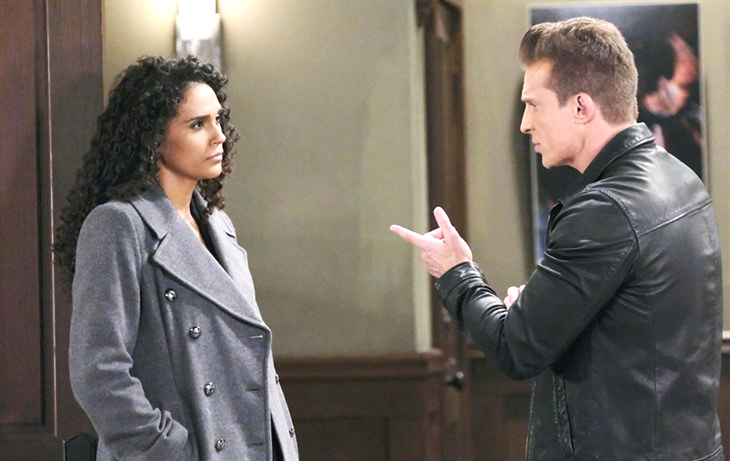 General Hospital spoilers indicate that Jordan Ashford (Briana Nicole Henry) will once again turn to Jason Morgan (Steve Burton) when Cyrus Renault (ex-Jeff Kober) becomes a threat. It seems that Cyrus has aligned himself with one of the five families and could be intent on taking out Jason or Carly Corinthos (Laura Wright). Can Jason stop Cyrus’ partner in crimes?

General Hospital’s Cyrus is threatening both Jason and Carly’s lives as they unite as a couple to keep the Corinthos’ family’s standing with the five families. However, one family wants them going and have aligned themselves with Cyrus to make that happen. Jordan knows that her police force cannot handle a mob war and she expects Jason to take care of this problem. However, Jason is distracted by his wedding. Will Jason and Carly be able to handle this threat against their lives? Can Jason protect the rest of the family as well?

GH Spoilers – Why Is Cyrus Renault Not In Lockdown?

General Hospital’s Cyrus has already put a hit out on his sister, Laura Collins (Genie Frances), the mayor of Port Charles. Cyrus has also put out a hit on their brother, Martin Grey (Michael E. Knight).

Cyrus should be on lockdown in prison to keep him from ordering more hits but someone is giving his partner’s orders. Is there a guard working with Cyrus to deliver messages? How is Cyrus getting his order out of the prison and into his partner’s hands? Can Cyrus be stopped before another innocent person dies? Can the PCPD help to keep the family safe or does Jason have to handle it all?

General Hospital Spoilers – Who Is Cyrus Renault With?

Several of the families seem to want General Hospital’s Carly dead. After all, Carly knows secrets about them that they want to keep her quiet. Members of the five families also want Sonny’s territory and Jason and Carly control it. The families wanted to pit Carly and Jason against each other.

Jason may be forced to take the family out of the country instead of going through with the wedding? Will Jason finally take Cyrus down for good?