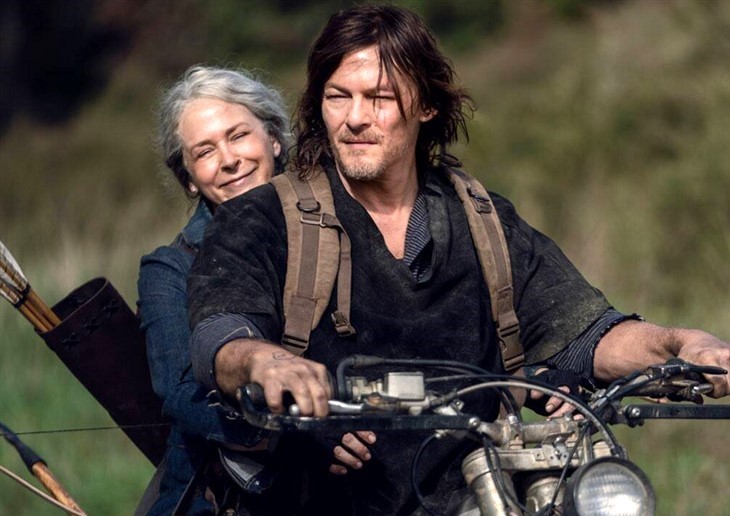 The Walking Dead initially seemed like just another science fiction show. But thanks to fans’ enthusiasm for the zombie drama, The Walking Dead has given birth to multiple series.

However, enthusiasm doesn’t always mean support for every variation on the original Walking Dead, as show-runner Angela Kang has discovered.

Find out why the Walking Dead spin-off series for Daryl and Carol has resulted in a backlash and how Kang responds below.

The Walking Dead  – Why Has Daryl Dixon And Carol Peletier Spin-Off Gotten Backlash?

Since The Walking Dead premiered in 2010, Daryl (portrayed by Norman Reedus) and Carol (played by Melissa McBride) have kept viewers entranced.

But part of the fascination lies in the unknown elements of Daryl’s and Carol’s future. As a result, some fans criticize the spin-off scoop as destroying that uncertainty. So why stage a spin-off featuring two such key Walking Dead characters?

Or, alternatively, why not wait to unveil the spin-off until AFTER the Walking Dead finale? Show-runner Angela Kang served up answers to Digital Spy. See if you agree with her defense below, plus find out what to expect on the spin-off!

First, the Walking Dead showrunner emphasized that the decision to create a Daryl and Carol spinoff involves more than a random attempt to hold onto fans after The Walking Dead ends.

“The interesting thing is, we knew that Daryl/Carol was coming. The decisions for that, plus the show ending – they didn’t happen simultaneously, but they happen to kind of mirror each other,” clarified Kang.

As a result, the writers and the showrunner worked together to create a believable bridge between the final season and the spin-off.

“So we were already working on the writing for this season a bit by the time we knew that this was going to be the last season,” revealed Kang.

But their plans had to shift when “the episode order got extended.”

And for those blaming the new Walking Dead showrunner for the spin-off, Kang quickly noted that she did NOT originate the concept!

“It was something that had been talked about well before I even came on board to write it. The idea is a germinating idea that’s been around for a while,” noted Kang.

Because the concept has repeatedly come up in the writers’ room, The Walking Dead show-runner also revealed just how carefully she has considered the plot for the Carol and Daryl spin-off.

The Walking Dead – What Are The Goals For The Carol Peletier

To convey what fans love about Carol and Daryl in the spin-off, Kang has set up several goals:

Kang pointed out that Daryl and Carol are so important to each other. They do lean on each other in a really special way.”

As a result, fans could look forward to seeing more of Daryl and Carol’s dependence.

“They are kind of touchstones for each other in a way that I think is very special,” noted the show-runner.

What else could the future hold for The Walking Dead? Be sure to check back on our site for all the news!