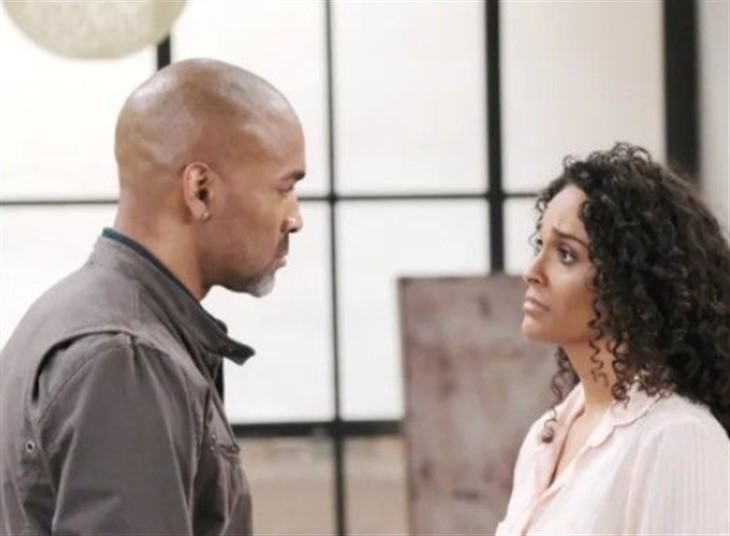 General Hospital viewers will recall that Dante Falconeri (Dominic Zamprogna) made a discovery in the WSB file on Drew’s plane crash. As he explained what he had noticed to Anna Devane (Finola Hughes) and Sam McCall (Kelly Monaco) she recognized the name of a corporation. Dante discovered that Drew had stopped after seeing Andre Maddox (Anthony Montgomery) and had chartered a plane in Addis Ababa.

Drew had a person with him, and although the person was not named, the name of the corporation that owned the plane charter company was the same as the parent company of the Crichton-Clark Clinic, which Sam had encountered when looking for Madeline Reeves’ (Donna Mills) comatose daughter, which of course was Nina Reeves (Cynthia Watros). General Hospital viewers saw that this connection may be what Dante and Sam need to find Drew.

General Hospital viewers will recall that Curtis has files on searches for both Hayden Barnes (Rebecca Budig) and Nina Reeves’ long lost baby girl. Curtis had tracked Hayden down to a hotel room several years ago when she was pregnant with Violet Finn (Jophielle Love), and of course Nina’s baby turned out to be the presumed dead Nelle Benson (Chloe Lanier). Curtis has an interest in tracking Hayden down even though he is no longer in the private investigation business, and so of course he is glad to help Jordan on the murder case of Naomi.

General Hospital viewers know that it may be a little awkward for the divorcing couple, but Curtis finally has been called in on a police case, which was a huge bone of contention between the two of them! Naomi, of course had been in prison for a time after she confessed to stealing diamonds that belonged to her ex-husband Raymond Berlin (Robert Curtis Brown) to protect her daughter, who was the one who actually stole them. Naomi had also been a drug trafficker at one time, so there were plenty of people in her orbit who may have wanted her dead!

General Hospital viewers will likely see Dante and Jordan discussing the search for Drew and the WSB file, and Jordan will see a connection to the search for Hayden and the murder of Naomi! It sounds like Curtis may be present as well, and as Drew’s old buddy of course Curtis will take interest in the search for Drew. Sam had talked to Curtis almost before she talked to anyone else about that phone call.

Deep dive investigation on Jordan’s part will probably turn up that Naomi had a connection to the same corporation as Dante found in the WSB file with a person on the plane with Drew. There’s a good possibility that the person with Drew on the plane and who is holding him captive now – “the Boss” may be the same person who murdered, or possibly put a hit out on, Naomi. General Hospital viewers know that with Naomi having practically dropped off the face of the earth until she showed up in Port Charles, that is a distinct possibility!