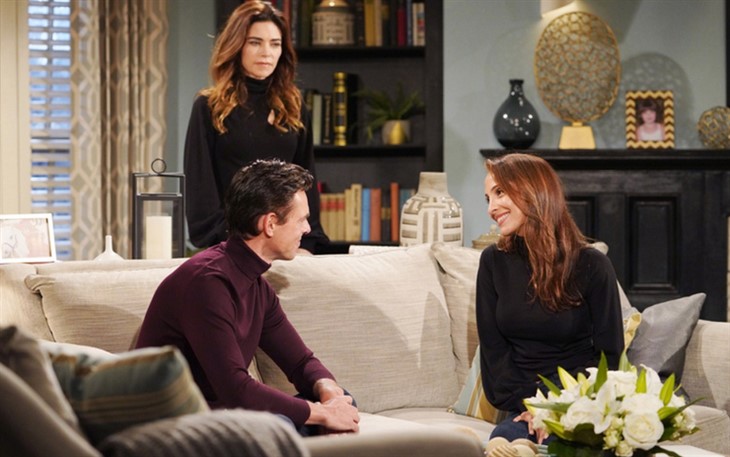 The Young and the Restless (Y&R) spoilers document that Billy Abbott’s (Jason Thompson) interest in Ashland Locke’s (Richard Burgi) backstory is twofold. He wants to be sure that the man who has ready access to his children isn’t a monster his nickname asserted. Along with that, Billy is protecting Victoria Newman (Amelia Heinle).

Meanwhile, Ashland’s health outlook remains tenuous, with fierce side effects resulting from his chosen treatment. He plans to press on because of his love for Victoria and desire to be part of Harrison Locke’s (Kellen Enriquez) life for as long as possible.

As of now, Victoria and Ashland are planning to marry in October. The big event will take place on the other side of the Atlantic Ocean in Tuscany, Italy.

The Locketober wedding could be the event of the decade, as Sally Spectra (Courtney Hope) alluded to it while intending to design Victoria’s dress. However, the nuptials might not happen for at least two major reasons.

Billy could uncover information that causes Victoria to call the wedding off. Ashland could also pass to the next life before the October date arrives.

Lily is in love with Billy, which is why Victoria’s daggers haven’t penetrated. But it could be that Victoria’s latest verbal digs cause Lily’s doubts about Billy’s intentions to be reconsidered.

Yes, it’s not Billy’s actions. Instead, the overall effect of his intentions can become a cause for concern for the woman he loves now. That is Lily, not Victoria, or so Khalil’s character has firmly believed through late summer.

Billy has been listening to Lily’s advice in recent months. Beyond that, he’s also implemented it. But the pursuit of dirt about Ashland and the direct tie-in to Victoria is a touchy issue for sure.

The Young And The Restless: Susan Dansby Out, Big Changes Coming? https://t.co/NXaho0wMQq pic.twitter.com/lhhkXSMkn0

Victor has admonished two starkly different men using somewhat similar presentations. He told Adam Newman (Mark Grossman), on more than one occasion, to back off Victoria.

The Moustache was blunter with Billy-boy. While Adam is living out the returned prodigal son’s life, Billy dismissed Victor’s pleas as he long has.

Y&R fans know that the pressure Victoria, Lily, or Victor can apply to Billy likely won’t deter him. Whether anything results through his efforts is yet to be seen on Y&R.