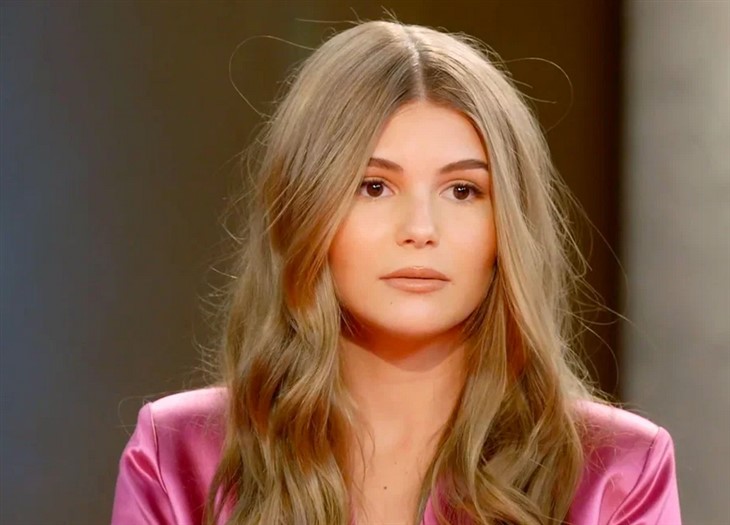 Dancing With the Stars rumors hit social media about Lori Loughlin’s daughter Olivia Jade Giannulli joining the show. However, it seems like what started as rumor became a fact. Like other people, she was seen going to the studio where they gather for DWTS rehearsals. A lot of ABC fans seem very upset by the news.

Dancing With The Stars – Cast Leaks And Spoilers

The final list of contestants in Season 30 is only due out on September 8. However, some names already emerged. One of the confirmed contestants is the Olympian medalist, Suni Lee. News that she’s in it met with an enthusiastic response from DWTS fans.  Meanwhile, other news arrived that not everyone fell in love with.

Some Dancing With the Stars fans felt it wasn’t fair that JoJo Siwa will be on the show. After all, she’s well-known from Dance Moms. Meanwhile, others felt that they only selected her as part of their diversity changes. She’ll be the first contestant to pair off with a same-sex pro-dancer. Other news that emerged is that LeAnn Rimes was spotted at the rehearsals. Meanwhile, JoJo Fletcher from Bachelor Nation said she’s not joining the cast.

TMZ broke the news about Lori Loughin’s daughter Olivia Jade Giannulli. Like LeAnn Rimes, she was also potted at the rehearsal studio. In fact, they are so convinced that it’s not a rumor, they even named her pro-dancer; Val Chmerkovskiy. Apparently, she wore a visor to the rehearsal, but the identification soon came along. If you don’t know, she was a YouTuber but really made the headlines with the College Admissions Scandal.

Fox News reminded Dancing With the Stars fans about all of that. The outlet wrote, “In August 2020, Loughlin and Mossimo Giannulli pleaded guilty to charges stemming from $500,000 payments to scam mastermind William “Rick” Singer.” They did that to try and get Olivia Jade and Isabella on the team in a sport they never did.

Rumored Celebrity Contestants for Dancing With the Stars Season 30https://t.co/ocSleO5r0R

Dancing With The Stars – Fans React To The News 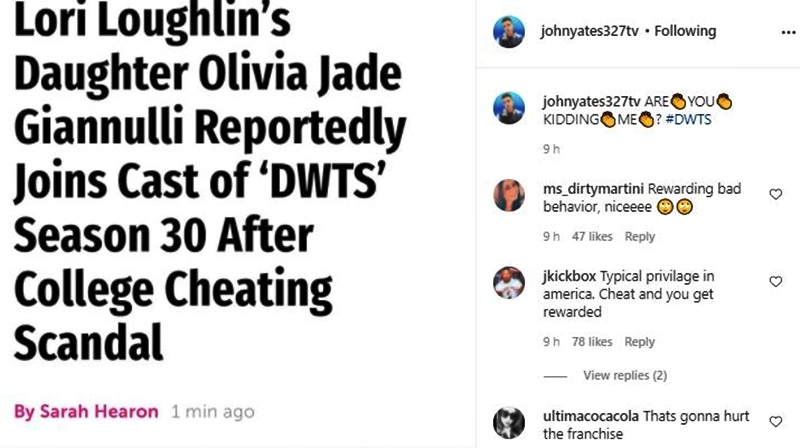 Here’s what some of them said about Olivia Jade:

Typical privilage in america. Cheat and you get rewarded.

How is she remotely a “star” for real we wouldn’t know her name unless mommy didn’t go to jail.

Wow we’re back to D list contestants on DWTS.

So do what you please and if you’re white, and mommy and daddy are rich, you get a free pass + rewarded…. GOTCHA.”

Remember to check back with us often for more news, updates, and spoilers about the cast of Dancing With the Stars Season 30 on ABC.