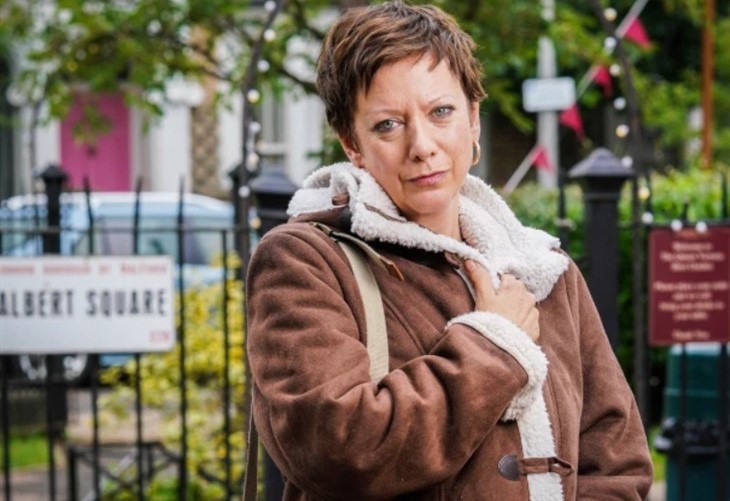 EastEnders Spoilers hint that Dotty’s mother will be making her way to the Square. Dotty (Milly Zero) has been going through a rough time recently and it seems that things may not go her way in upcoming episodes as well as her mother comes on the scene. EastEnders recently announced that they have cast Martha Cope as Sandy Ginson who is Dotty Cotton’s mom. She will make her way to viewers’ screens this Autumn in which she will reunite with her daughter, Dotty.

Sandy has had a troubling life that keeps following her and she seems to not be able to escape. This includes her addiction to alcohol which had led to the relationship between her and Dotty’s dad, Nick Cotton (John Altman). This led to her falling pregnant with Dotty which she had kept a secret for a while.

This would later be revealed as she would go on to tell Nick about Dotty as he was in prison. When he eventually got out of prison he would get custody over his daughter and even told Dotty that Sandy had passed away in car accident. Which was not the case but instead a lie he had made up.

The last time that Sandy was in the Square, it was in 2010 as Dot (June Brown) helped Sandy reunite Dotty and Sandy with one another. However, since then, Sandy has not been on the scene since Dotty’s return. So when Sandy returns to the Square, Dotty will be the most shocked to learn about her mother’s return. Especially since it will be a total surprise as she will come to the Square without prior notice. Jon Sen, Executive Producer, stated, “Sandy’s arrival catches Dotty off guard and she’ll be forced to confront everything she’s tried to leave behind.”

When talking about joining the cast of EastEnders, Martha stated, “I have watched EastEnders since it began and I’m beyond excited to join such an iconic show and having a great time playing Sandy.” When talking about Martha become a part of the cast, Jon Sen said, “Martha is a brilliant addition to our cast – we’re excited to welcome her to Walford. To say Sandy has a chequered past is an understatement and it’s no secret that Dotty’s upbringing was marred by her parents.”

Be sure to catch up on everything happening with EastEnders right now. Come back here often for EastEnders spoilers, news, and updates.