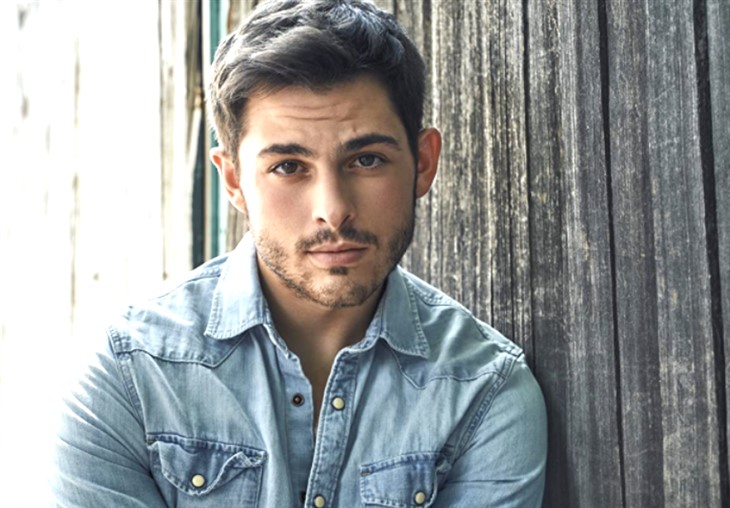 Days of Our Lives (DOOL) spoilers suggest that Zack Tinker (Fenmore Baldwin, The Young And The Restless) is settling in as Sonny Kiriakis. Tinker recently took over the role and has a few things to say about playing Sonny.

Days Of Our Lives Spoilers – Testing For Another Role

Tinker admits that Sonny was not who he thought he would be playing on Days. Tinker also seemed to be surprised that it was just for the five days special series. When screen testing, the role that Tinker read for was Sonny’s love interest.

Of course, we know that Chandler Massey will probably be playing Will Horton and Sonny isn’t going to stray this time. However, Zack may have been lead to believe that he was playing Leo Stark (Greg Rikaart), Sonny’s ex-husband. Now it seems that Greg will be playing Leo and Tinker has taken over as Sonny since Freddy Smith is no longer in the role. How does Tinker feel about playing a Kiriakis? Does Tinker find this role intimidating to step into?

Days of Our Lives Tinker says that having Freddy’s blessing help. Tinker had no qualms about taking over the role because Smith had already stated that he wasn’t coming back. Smith took the time to say that he was sure that Tinker would do well in the role and wished him luck.

Tinker took that and ran with it and decided to make Sonny his own. This week fans will get to see the results of Tinker’s work as Sonny. Fans have missed having Sonny and Will onscreen and are curious about their life together. What has been going on with Sonny and Will? Now that they have cast Tinker in Days of Our Lives: Beyond Salem will we see more of Sonny and Will?

Days of Our Lives Tinker says he wouldn’t mind if he shows up on the network show as well. Tinker states that he loves the cast and the crew at Days and would love to work with them more. Of course, Days of Our Lives is known for some of the off-the-wall stories such as a serum that can bring people back from the dead. Tinker says that days is an escape and he would love to stick around.

While Tinker is still reoccurring on The Young and The Restless, he isn’t opposed to pulling double duty. Tinker says that Y&R is his first family but he believes he can do Sonny justice as well. Will we see more of Sonny? Time will tell, however, usually Sonny and Will appear for the Christmas episode. Perhaps Will and Sonny will bring their daughter and visit the family.