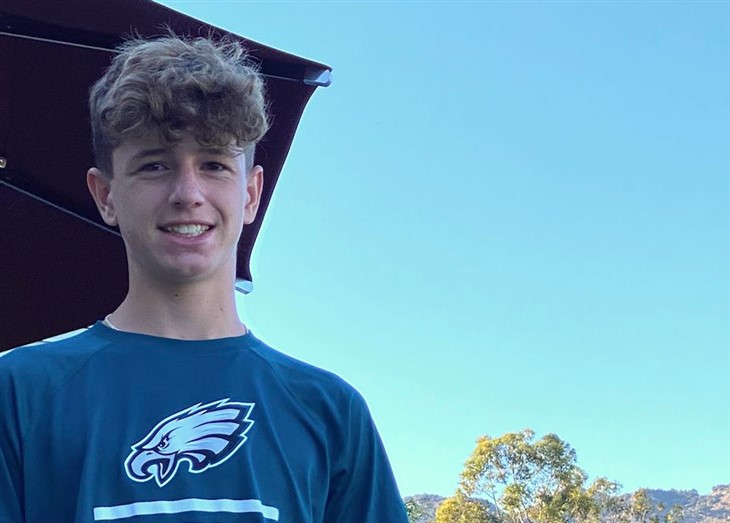 General Hospital spoilers and rumors tease that Wyatt Hoover (Patrick Gibbons) has pioneer scout training in triage; perhaps he is the one who helped Peter August (Wes Ramsey) heal from his wounds after escaping from the sub-basement at General Hospital!

General Hospital viewers will remember that Elizabeth Baldwin (Rebecca Herbst) saw a bloodied Peter August on the roof of General Hospital. This was after she and Dr. Hamilton Finn (Michael Easton) had moved Peter’s thought to be dead body from the stairwell and into a morgue freezer in the sub-basement that had once been Helena Cassadine’s (Constance Towers) lab.

Since that time, Peter re-appeared alive and well in Nixon Falls, Pennsyvlania, and had followed Maxie Jones (Kirsten Storms) all the way to Texas and back looking for their daughter Louise August (Harper and Scarlett Bloom). Exactly how a trained nurse and a doctor could miss any sign of life in Peter is a mystery – unless the morgue freezer had some kind of leftover resurrection serum in it! From the rooftop, where Elizabeth had gone to make sure that the elevator door was secured that went down into the sub-basement, Peter had to have gone somewhere – and gotten some further assistance. It’s possible that he could have gotten that assistance from Wyatt Hoover.

General Hospital viewers will remember that Wyatt – a much younger Wyatt, to be sure – helped Peter before. This was when Peter had been kept in the cabin in the woods by Liesl Obrecht (Kathleen Gati) and tortured after he killed Nathan West (Ryan Paevey).

General Hospital viewers will recall that Peter didn’t directly kill Nathan but he caused him to be killed by their birth father Cesar Faison (Anders Hove). Faison meant to kill Peter, also known as Heinrik Faison, but shot Nathan instead, who had come on police business. Liesl had every intention of making “Heinrik” pay for Nathan’s death.

As he was bound and tied in the cabin, Wyatt happened along with his bugle from a nearby scout camp and had no idea that Peter was a criminal – he just wanted to help. That time, the bugle played a big part in Peter’s getting the attention of others, even though he wound up tied up in the Cassadine horse stables with Nina Reeves (Cynthia Watros) later! It is a little puzzling how Peter could even have been up and on his feet but if he could make it onto the roof of General Hospital, perhaps he could have made it to that same cabin in the woods!

General Hospital viewers know that if Peter did go to that same cabin in the woods to hide out, that Wyatt may have come across him again. Peter looked severely injured, but there are a lot of veins that go into the scalp and skin on the forehead and around the head, and the wound may not have been as serious as assumed. Undoubtedly, Peter probably had a very bad headache!

Now, a few years later, Wyatt revealed to Elizabeth and Finn when Scott Baldwin (Kin Shriner) crash landed in their campsite that he had earned a scout badge in triage! Triage is an advanced type of first aid training that is employed in emergency rooms. General Hospital viewers know that again, Wyatt would have had no idea that Peter was a criminal on the run and could have provided the triage that he needed to survive had he come across him in the woods!