Eileen Davidson Joins The Cast Of Days Of Our Lives: Beyond Salem 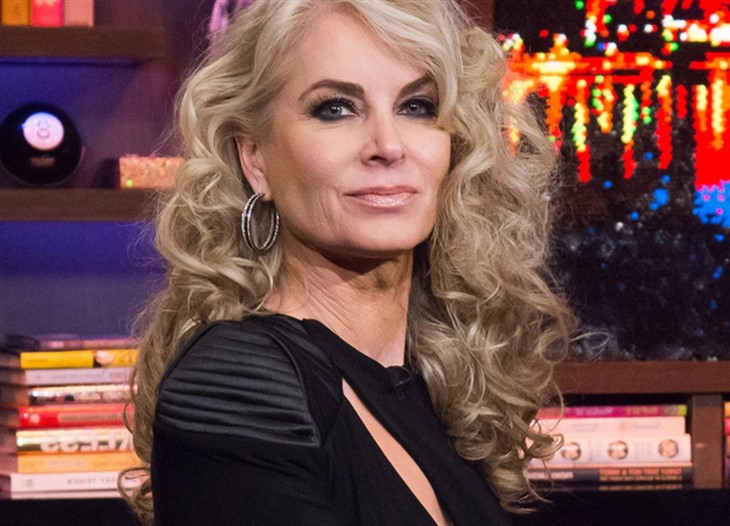 Days Of Our Lives (DOOL) spoilers and updates reveals Soap Opera Network has just revealed that Eileen Davidson has been added to the cast of the new Peacock series Days of Our Lives: Beyond Salem. The 5 episode spinoff premieres on Monday, September 6, and runs through Friday the 10th. Davidson was attempting to keep her role a secret but the news leaked out. She will be reprising her role as Kristen Dimera and wherever Kristen goes trouble follows.

Days Of Our Lives News  -The Young And The Restless connection

Davidson is currently on recurring status as Ashley Abbott on The Young and the Restless and there are other connections to the CBS soap. Stacy Haiduk who last had the role of Kristen Dimera used to portray Patty the sister of Paul Williams who wreaked havoc on the residents of Genoa City. Greg Rikkart who plays Kevin Fisher on Y&R will be reprising his Days of Our Lives character Leo Stark and Zack Tinker who had the role of Fenmore Baldwin will now take over as Sonny Kiriakis on the Days spinoff.

The plot to Beyond Salem is about stolen Jewels and ISA agents traveling the globe to find the gems as well as the thieves. Current and former cast members of Days of Our Lives will be a part of the mystery.

Eileen Davidson joked that she was asked what character she would portray and that is more than likely because Stacy Haiduk was last in the role of Stefano Dimera’s crazy daughter. The actress says her response to the question was “Who else would I be.” Make sure you tune in to NBC’s Peacock streaming service on Monday September 6 when the fun begins and find out what Eileen Davidson’s character will be up to in Days of Our Lives: Beyond Salem.