Y&R Spoilers: Abby’s Troubles Aren’t Over – Mariah Has Issues And Stitch On The Run 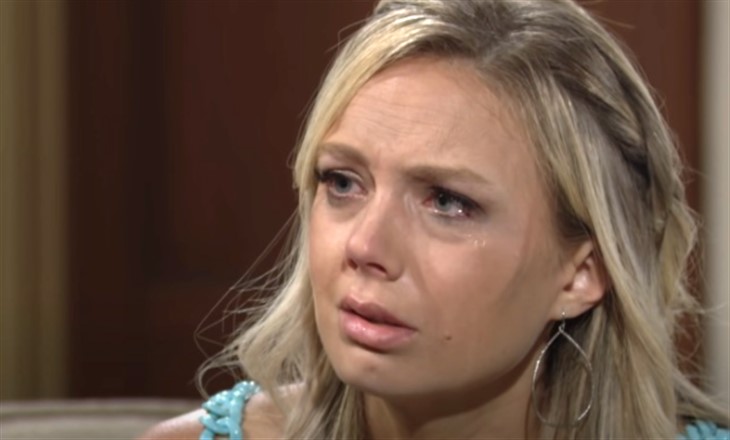 The Young and the Restless spoilers document that Abby Newman Abbott Chancellor (Melissa Ordway) crossed a threshold. Y&R wrote her out of the plot hole she was in for months, but her troubles aren’t over.

This feature won’t fully slam the storyline, as credit is due to TPTB for creating a believable ending to one part of the storyline. It is feasible to believe that Ben Stitch Rayburn (Sean Carrigan) went over the edge, but didn’t turn into a one-dimensional villain.

When it came down to it, Stitch was still reachable. Abby was able to coax Mariah Copeland’s (Camryn Grimes) location out of her ex-husband. His dash out of town is also logical, based on the self-reveal he offered.

The Young And The Restless Spoilers – Chance Chancellor Fading Away?

It could be that Chance Chancellor (as last played by Donny Boaz) has already faded away. The repeated references about him could be part of a strategy to write Abby’s husband out of the story. That happened in the past before Boaz was cast to revive this character.

Chance is said to be on a secret mission. The government agency he works for needed his specific presence for an assignment. His specialized knowledge is vital. Well, okay.

Mariah appears to be exhibiting the symptoms of Post Traumatic Stress Disorder (PTSD). That makes sense, considering the ordeal she endured for an extended period.

Grimes’ character believed that she was being kept alive to deliver the baby and that her life was in danger of ending after that happened. Now, the man who kidnapped her and the then-unborn baby, Stitch, is at large.

So, Mariah isn’t able to put her mind at ease. Stitch doesn’t appear to be a threat to her. But Mariah’s understandable need for justice is palpable and will need to be addressed in some form.

The Young And The Restless Spoilers – Ben Stitch Rayburn’s Story Is Over?

Y&R revived Carrigan’s character only to have him devolve into a pitiful, unstable individual. He didn’t completely ruin his reputation due to the mental health issues that were revealed.

However, a long-form redemption tale would need to play out for Stitch to become part of GC’s fabric again. It doesn’t feel like that’s the plan.

So, the only positive outcome would be for Stitch to return to town and turn himself in. One of Abby’s lingering problems would be wrapped, with Chance’s continued absence and Mariah’s stability yet to be resolved.