Days Of Our Lives Bill Hayes Might Be Leaving DOOL? 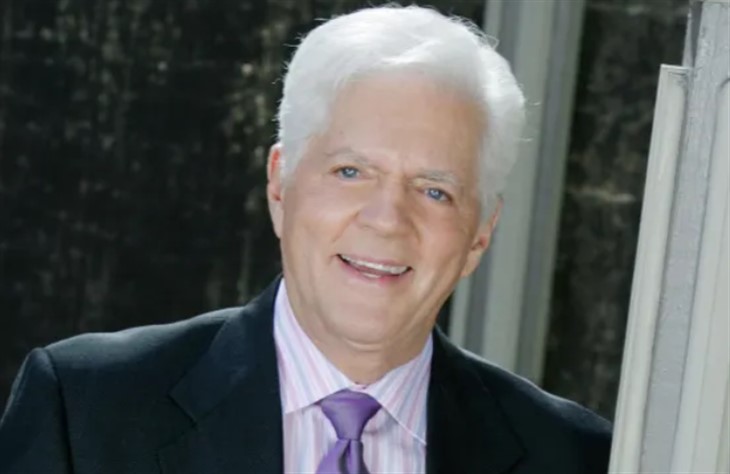 Days Of Our Lives (DOOL) spoilers and updates reveal the 96-year-old actor’s character Doug Williams goes missing this week and this could be leading up to his swan song in Salem.

Days Of Our Lives Spoilers  -Age Is An Issue

Bill Hayes has been portraying Doug Williams on Days of Our Lives since 1970 which gives him 61 years on the show. He is the oldest cast member at 96 and has had a longer run than other seniors currently on daytime. Doug has not been seen a lot in recent years but, when he is on screen now his speech is slower.

Days Of Our Lives: Beyond Salem Spoilers: Finding The Alamain Peacock On Peacock

Kudos to the DOOL execs for respecting the seniors on the show and allowing them to work as long as they are able to perform. Francis Reid, (Alice Horton), Peggy McCay, (Caroline Brady), and Joseph Moscalo, (Stefano Dimera) were all acting until their health no longer allowed them to. John Anniston 88 continues to portray Victor Kiriakis. Bill Hayes is beloved by fans as well as castmates but if his health is declining the upcoming storyline might be his Days swan song.

According to TV Soap Video’s Doug will go missing this week in Salem but Julie will not want to believe that anything serious is wrong. Roman will be concerned and the implication seems to be that Doug may have dementia. Both The Young and the Restless and General Hospital had storylines that dealt with Alzheimer’s disease that ran for about a year before both the characters died.

There is also a possibility that having Doug go missing is a way to keep him relevant without subjecting Bill Hayes to a lot of screen time. Doug may have gotten confused and wandered off or perhaps he has been kidnapped. Julie is portrayed by the actor’s 78-year-old wife Susan Seathhford Hayes. Eventually, she will have to come to terms with whatever is going on with her spouse. Be on the lookout for updates that reveal if Doug will return or if Bill Hayes is on his way out at Days of Our Lives.

Days Of Our Lives (DOOL) Spoilers: Marlena Levitates And The Devil Parties Like…

Days Of Our Lives Spoilers (DOOL): Marlena Is Stunned When The Devil Speaks Through…

Days Of Our Lives Spoilers (DOOL): EJ And Nicole Find Love After Heartbreak And…

Days Of Our Lives Comings and Goings: Zuri Starks Books Role on DOOL