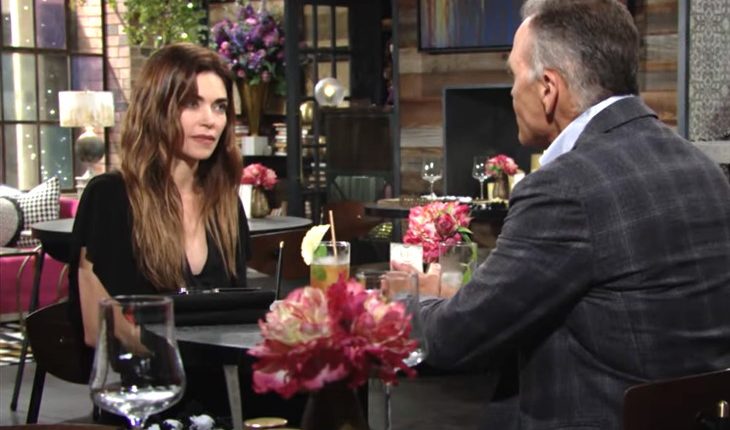 The Young and the Restless spoilers reveal little nagging feelings of doubt creeping up on Victoria Newman as she prepares to wed Ashland Locke.

The Young And The Restless Spoilers – Does Victoria Newman See Red Flags?

It would be an understatement to say that Victoria (Amelia Heinle) doesn’t have the best judgment when it comes to men and that she often rushes into things way too fat. It was only a few years ago when she nearly married a man named Travis who she picked up in a bar. After that ended and JT (Thad Luckinbill) returned to town, she moved him into her house and almost married him again.

Y&R Spoilers: Abby’s Troubles Aren’t Over – Mariah Has Issues And Stitch On The Run

We all know how that ended with both abuse and a year-long story with Victoria, Phyllis (then Gina Tognoni), Sharon (Sharon Case), and Nikki (Melody Thomas Scott) all hiding the fact that Nikki killed JT and then they buried him in Chancellor Park. Of course, JT was alive and his abuse was the result of a brain tumor. Soon after that mess, Victoria took Billy (Jason Thompson) back and that didn’t end well either.

Now, Victoria is preparing to marry a man she met only a few months ago and a man who is also allegedly dying. Her family is not thrilled about this, but Victoria has told them this is her life and she will marry who she wants, but will she?

Y&R spoilers say that doubts are about to creep up on Victoria before her big day. Does she realize she’s been moving way too fast or does she make a discovery about Ashland Locke (Richard Burgi) that makes her wonder if marrying him is a good idea or not? Will Victoria take this all the way to the altar and then change her mind at the last minute? That is the scenario we see playing out, but then what happens?

Is Ashland really dying? Is he really Harrison’s father and was in on a scam with Tara (Elizabeth Leiner)? Or is what Victoria learns even worse than that? She’s been warned by her Nick (Joshua Morrow), Victor (Eric Braeden), and Billy already and maybe she really will learn to take advice before making rash decisions that always come back to bite her. Stay tuned to The Young and the Restless weekdays to see how this story plays out.