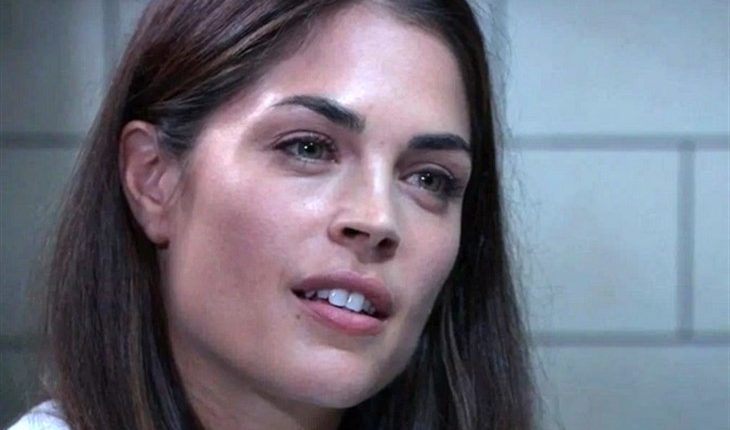 General Hospital (GH) spoilers and update tease Scott Baldwin (Kin Shriner) has been through an ordeal. Scott chartered a private plane to take him and Dr. Liesl Obrecht (Kathleen Gati) to St Lucia. Liesl wanted to attend a medical conference to find out more about treatments for Huntington’s disease. Liesl’s daughter Dr. Britt Westbourne (Kelly Thiebaud) has been diagnosed with the disease. Liesl was planning on helping her niece Nina Reeves (Cynthia Watros) who was having trouble with Peter August (Wes Ramsey) by getting Peter to come to St. Lucia.

The plane that Scott and Liesl were on was hijacked on the way to the conference. Scott was thrown from the plane with a parachute. He fell into the campsite that Dr. Hamilton Finn (Michael Easton) and Elizabeth Webber Baldwin (Rebecca Herbst) had set up for a family camping trip. Liz and Finn were able to get Scott to General Hospital for treatment.

Scott has become a part of Liz’s family. Liz was married to Scott’s son Franco Baldwin (Roger Howarth). Liz still considers Scott to be part of her family even though Franco died tragically. Scott became the grandfather to Liz’s three that they needed.

Scott has helped Liz with her oldest son Cameron Webber (William Lipton) to deal with different problems. Liz was shocked to find that Scott had been thrown from the plane. She wants to make sure that Scott gets the help that he needs. Liz can see that that Scott is upset that Liesl is missing because the plane that she was on has disappeared without a trace.

Scott has not been dating Liesl for long. They bonded over losing Franco. Liesl and Franco were close friends. Scott helped to save Liesl from Dr. Warren Kirk (Jamison Jones) when he and Franco were trying to get help for Franco to deal with his terminal cancerous brain tumor. Britt has been happy for Liesl because she found a man that is both good to her and good for her. Liesl has had two bad relationships in the past with Cesar Faison (Anders Hove) and Victor Cassadine (Charles Shaughnessy).

Britt wants to help Scott to find Liesl. She wants Scott to be in Liesl’s life. Britt wanted Liesl to tell Scott about her having Huntington’s disease because she knew that he could help support Liesl. Britt and Scott were upset to find out from Commissioner Jordan Ashford (Briana Nicole Henry) and Anna Devane (Finola Hughes) that the medical conference that Liesl wanted to attend did not exist.

General Hospital Britt and Liz may find that they have a common goal because they want to help Scott. Britt and Liz have had a troubled past. Can Liz and Britt find a way to put their past differences aside for Scott? Britt knows that Scott is important to Liz and her family. She may find that she will need to turn to Liz to make sure that Scott makes a full recovery. Will Britt and Liz start to become friends while taking care of Scott?

Liz was surprised when Scott and Liesl became a couple. Liz knows that Britt is important to Liesl and now to Scott. Will Liz decide that Britt is now a part of her family because of Scott? Liz and Britt will need to help Scott because Liesl is in danger. No one knows that Liesl has been kidnapped by Victor who is supposed to be dead. Can Liz and Britt come together to help Scott get Liesl back from Victor? Be sure to catch up on everything happening with GH right now. Come back here often for General Hospital spoilers, news, and updates.