Y&R Spoilers: Sharon Questions Adam About His Plans With Chelsea 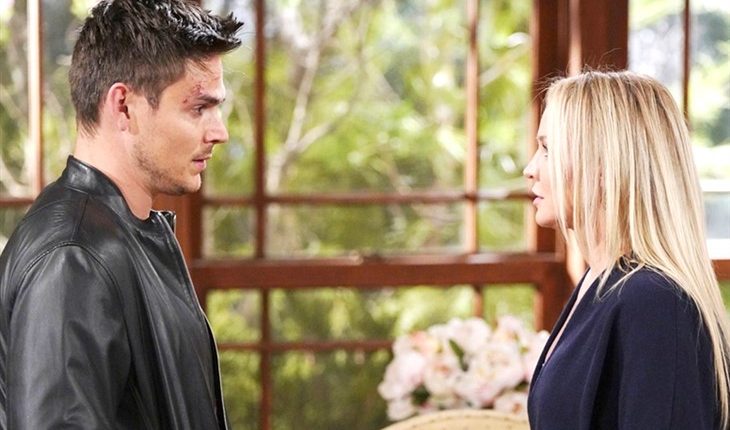 Viewers of The Young and The Restless know that Adam and Sally are becoming a hot item, and Sharon will even see it. Sharon may be relieved in a sense that someone is finally turning his head away from her, but she will take concern because a child is involved – Adam and Chelsea’s son, Connor Newman (Judah Mackey). Longtime viewers of The Young and The Restless will recall that when Chelsea was with Nick Newman (Joshua Morrow) and they tried to make it work with Connor living with them along with Christian Newman (Alex Wilson) –it didn’t.

Connor wanted his dad to be with his mom, and acted out severely, even locking his brother in a dark closet and breaking things around the house! Chelsea finally moved Connor over to Adam’s penthouse and stayed there with him much of the time, which resulted in Chelsea reconciling with Adam. Sharon had been counseling Connor during that time but all the problems faded away once Chelsea and Adam reconciled!

Viewers of The Young and The Restless have seen Adam’s other family members including his father Victor Newman (Eric Braeden) have warned Adam against getting involved with Sally. Phyllis Newman (Michelle Stafford) has butted her nose into Adam’s business and even warned him, and several people have warned Sally against getting involved with Adam as well. In one recent episode, which viewers of The Young and The Restless will recall, even Adam tried to warn her off, describing himself as “toxic”!

Victor’s concern of course, as Phyllis’, over Sally is what she did to force Summer Newman (Hunter King) out of Genoa City and out of the country into Milan, Italy, although she and Kyle Abbott (Michael Mealor) are very happy there and caring for his son Harrison Locke (Kellen Enriquez). An Adam and Sally pairing may not be such good optics for Newman Media, although her being employed there is probably not a problem for Victor. Sharon’s concern is for Connor – is he ready for his father to move on?

Viewers of The Young and The Restless can expect that Sharon will advise Adam not to rush into anything with Sally, even though he may either tell her it’s none of her business or tell her not to worry. Sharon will make clear that her concern is for Connor, and if he is ready for his father to move on with another woman, even if the relationship does appear to be casual. After all, he didn’t want his mother with his uncle Nick and he may be expecting that when Chelsea is well that they will all live together again.

The Young and the Restless (Y&R) Spoilers: Trouble Brewing Between Chloe, Chelsea, and Sally Over Adamhttps://t.co/yaCwZwCJ3X

Viewers of The Young and The Restless know that hasn’t even been addressed. Connor could view his father as being unfaithful to his mother, and it would be way too easy for him to see Adam and Sally on social media together or in newsworthy events that make the papers and websites. Adam needs to address the situation between himself and Chelsea and make it clear to Connor that they may not all be living together.