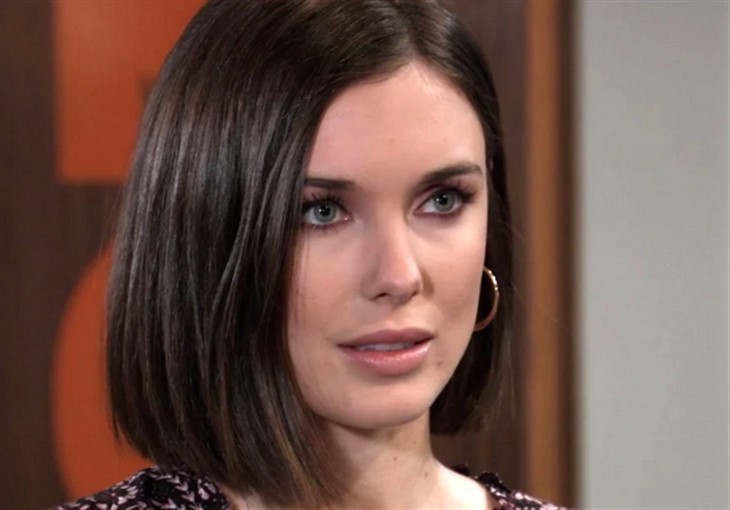 General Hospital (GH) spoilers and updates tease that Harrison Chase (Josh Swickard) is finding a new direction. Chase thought that he was going to have a future with Willow Tait (Katelyn MacMullen). Chase had married Willow when he thought he was going to die. Chase had been accidentally poisoned by Peter August (Wes Ramsey). Chase was saved by his brother Dr. Hamilton Finn (Michael Easton) who found the cure to the poison.

Chase needed time to recover and went to live with Willow at the Quartermaine estate. Chase discovered to his shock that Willow and his friend Michael Corinthos (Chad Duell) were in a relationship. Willow admitted the truth to Chase that she wants to be with Michael and get an annulment to their marriage.

Chase did not want to end his relationship with Willow. However, he could see that Willow is in love with Michael. Chase has found comfort from his friendship with Brook Lynn Quartermaine (Amanda Setton). Chase helped Brook Lynn when she was having trouble with her father Ned Quartermaine (Wally Kurth). Brook Lynn is keeping a secret that could cause her more trouble.

Brook Lynn has taken Peter and Maxie Jones’ (Kirsten Storms) daughter Louise August (Harper and Scarlett Bloom) and has passed her off as her daughter with Valentin Cassadine (James Patrick Stuart). Maxie gave Louise to Brook Lynn because she was concerned about Peter being in Louise’s life. Chase can help support Brook Lynn like she has helped him with Willow.

Willow is happy that she and Michael can be together. Willow regrets that she hurt Chase. She is unsure if Chase can forgive her and Michael. Willow wants to have a good life with Michael and their son Wiley Quartermaine-Corinthos (Theodore and Eric Olson) Willow has found a stable and loving home with Michael, Wiley, and their family. She has had a troubled past especially with her mother Harmony Miller (Inga Cadranel). Michael may be able to help Willow to mend her relationship with Harmony. Michael wants to find a way to get his friendship with Chase back.

General Hospital Chase wants to take back his life. He wants to get back to work at the Port Charles police force. Has Chase recovered enough to get back to work? Chase may find that he is ready for a new relationship. Chase has been getting closer to Brook Lynn. Will Chase get into a relationship with Brook Lynn when she finds herself in trouble? Chase may be able to find a way to forgive Willow and Michael.

Will Chase forgive Willow and Michael to get back his friendship with Michael? Willow wants Chase to be happy again. Will Willow help to get Chase together with Brook Lynn? Willow has found happiness with Michael and Wiley. Will Willow find a way to forge a bright future for herself with Michael and Wiley? Be sure to catch up on everything happening with GH right now. Come back here often for General Hospital spoilers, news, and updates.