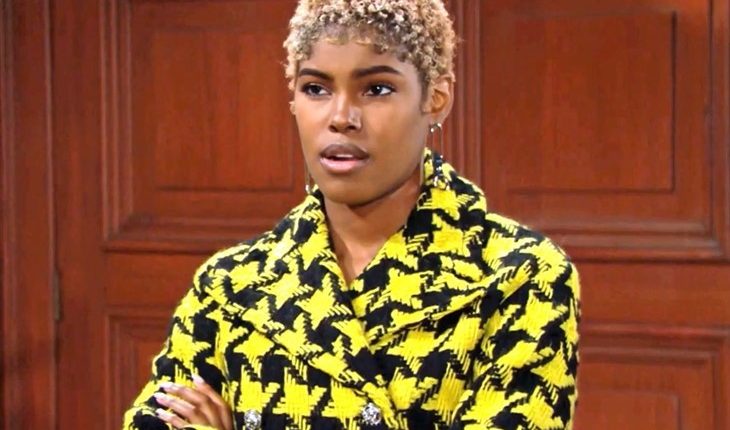 The Bold and the Beautiful spoilers document that Paris Buckingham (Diamond White) appeared to be deepening her relationship with Zende Forrester Dominguez (Delon de Metz). With her sister, Zoe Buckingham (Kiara Barnes), leaving town, there was no competition for the man who seemed to be Paris’ chosen match.

But Paris has sympathy for John Finn Finnegan’s (Tanner Novlan) unanticipated and deeply bizarre situation. She seems to be developing an attachment to him as well, which poses a second problem.

Finn hears what Steffy Forrester (Jacqueline MacInnes Wood) is saying. He now knows that his birth mother’s history is horrid.

He admitted the terrible error in judgment when he allowed Sheila to hold Hayes Forrester Finnegan (Samantha Worden and Piper Harriet). Finn also apologized to Steffy and sincerely told her that he was wrong. What more can the man do?

But, as viewers have seen, all that’s transpired is too much for Steffy to process. That stance is understandable because Sheila has often forced the Forrester family into disarray. However, Steffy is allowing Sheila to be the wedge that split newly married Sinn.

B&B Spoilers – Paperwork Is Not A Formality, It Is A Problem

In a simple scenario that wasn’t so soapy, filing a marriage license would be a simple, bureaucratic task. Not in this instance.

Steffy’s mind has been so poisoned by Sheila’s return because of the birth mother reveal. What are the odds that, of all the people in the world Steffy would meet and fall in love with, that Finn’s unknown biological mother would turn out to be Sheila? They were on the mark in this soap world.

So, not filing the paperwork means that the Sinn marriage isn’t final. It is in Limbo. But there is hope, as Steffy did tell her presumed husband that her decision isn’t permanent. She isn’t able to complete the process now.

Finn is on the tightrope. He could fall off when Sheila’s next teased ploy happens, as she’s going to try and push a fake health crisis.

But Novlan’s character could also fall off that same tightrope if Steffy misinterprets Finn’s friendship with White’s character. Alternatively, he needs to avoid encouraging Paris. That would prove to be a mistake he likely couldn’t recover from, even including if he keeps Sheila at bay.