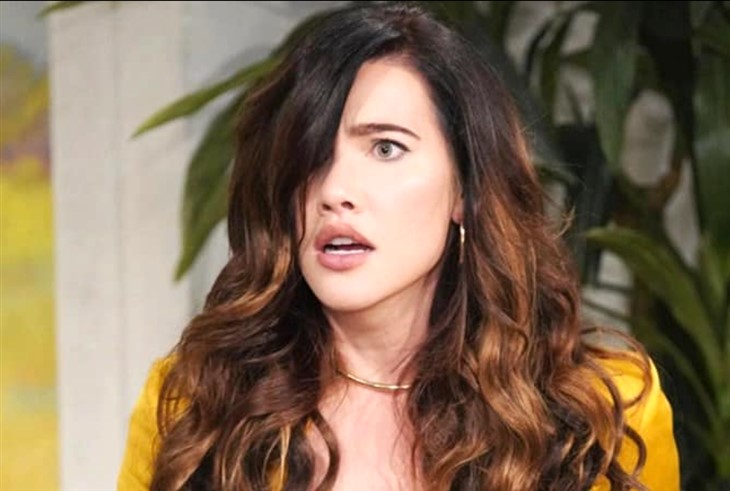 The Bold and the Beautiful spoilers document that Steffy Forrester (Jacqueline MacInnes Wood) is distracted at the moment. Sheila Carter (Kimberlin Brown), the greatest nemesis that the Forrester family has ever confronted, is naturally consuming Steffy’s focus.

Steffy doesn’t recognize another potential threat because she has been thrown off by Sheila’s stunning return and clever attacks. But another problem appears to be looming in the form of Paris Buckingham’s (Diamond White) friendship with Finn.

John Finn Finnegan (Tanner Novlan) believes that he and Steffy have become close with Paris. While that is true, Paris might also be falling for him. Finn does not seem to realize that White’s character is becoming emotionally involved with his life.

The Bold And The Beautiful (B&B) Spoilers: Sheila Wreaks Havoc Between Steffy And Finn

The Bold And The Beautiful Spoilers – Playing Possum Like A Champ

The so-called collapse at the cliff house was an act, intended for Finn’s benefit. Steffy thought she could go to the hospital, talk to Finn, and pull him off this eternal viper. But she could not do it.

Sheila’s awakening was delicious daytime drama, as the audience could hear her thoughts while Steffy’s in-game analysis was sarcastically offered. But then a digital weapon was thrown that Steffy did not anticipate.

B&B Spoilers – Getting To The Heart Of The Matter

Finn’s heart emoji was an impulse thumb move. Viewers could relate, as countless skilled texters know what it feels like to tap on a digital illustration and then hit send to various contacts.

The heart was sent without context, which is one of the flaws within this form of intentionally impersonal communication. Finn intended it to convey and affirm the bond with his newly revealed mother. Sheila took it as a flashing, red signal that Finn wanted her in his and Hayes Forrester Finnegan’s (Samantha Worden and Piper Harriet) life.

So, Sheila used a heart to pierce Steffy’s soul. How Sheila maneuvered Steffy to confirm Finn’s message was the latest display of this world-class manipulator.

The Bold And The Beautiful Spoilers – Meanwhile, Paris Buckingham Is Standing By

Steffy is rattled. Finn, who just regained a sense of clarity, has been thrown far off-course by Sheila’s ruse.

The above implies that Steffy and Finn are going to separate again. This split projects as more than a difference of opinion and a cooling-off period.

Sheila has thrown down the gauntlet. Steffy is imploring Finn to take sides. Paris continues to offer her shoulder for him to lean on. That’s a recipe for great soap.