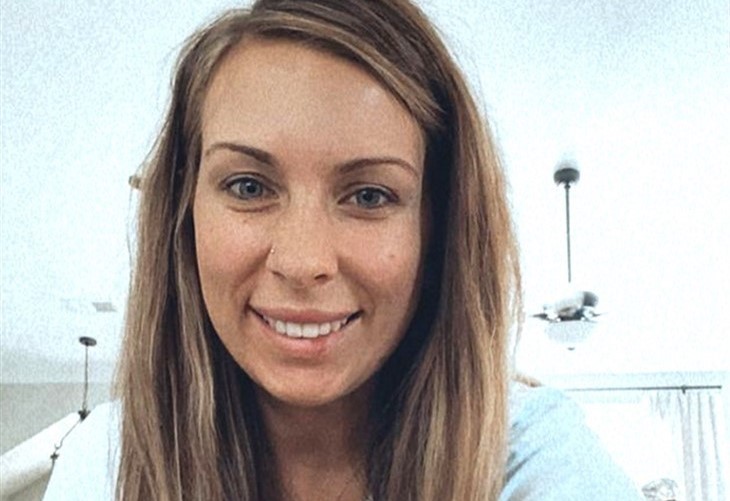 Even though Mackenzie and her husband Ryan seem to feud continuously with Maci Bookout, the Teen Mom star, according to The Sun, recently shared a cryptic Zig Ziglar quote about “hope.”

The three reality stars have been having an intense back and forth over Maci and Ryan’s son, 12-year-old Bentley for a while now and it was only exacerbated by the firing of Ryan’s parents, Larry and Jen Edwards, from Teen Mom OG.

This led quickly to an all-out fight among the feuding families.

But, for her part, Ryan’s wife and Jen and Larry’s daughter-in-law, Mackenzie Edwards, took a very different, more low-key tack when she posted the cryptic yet hopeful quote from Zig Ziglar.

“Hope is the power that gives a person the confidence to step out and try,” the quote read.

After being fired from MTV’s Teen Mom franchise Ryan, his wife Mackenzie, and his parents have had to look for work in other places.

The Sun revealed, on Wednesday, that tensions between the show’s producers and Ryan Edwards well before the reunion episode.

Ryan claimed it went all the way back to the time the producers had made him take down a front porch flag that was in their way.

Ryan told The Sun that the producers laid it on the ground but when he went to pick it up, they told him it was in their way.

The Teen Mom veteran said that he got really angry because it had been an American flag and they said it was in their way.

Teen Mom OG Spoilers – ‘I Have Reached Out To Maci’ Bookout

Mackenzie told The Sun that she has tried to mend things between the feuding clans but to no avail.

As fans know, Ryan hasn’t been able to see his son in a month, but Maci says that that was Bentley’s choice.

Mackenzie says that she has tried to mend things with Maci, sending a text, a couple of weeks ago, and then one in March, but she has received no reciprocation.

She said she would love to meet with Maci and talk over lunch but that doesn’t seem to be in the cards yet.