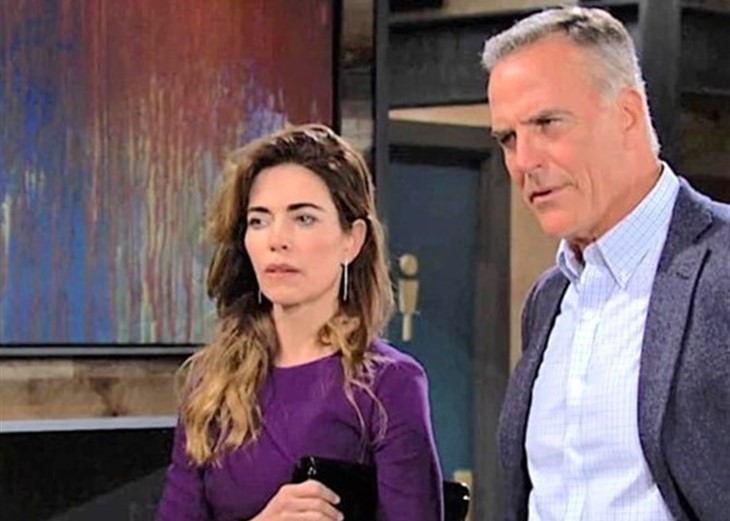 The Young and the Restless spoilers document that Ashland Locke’s (Richard Burgi) past has been mined for a while on Y&R. The slow dig has not produced anything earth-shaking. However, nosy Billy Abbott (Jason Thompson), who rarely meets gossip that he does not want to further, thinks a score might be realized.

Teasers indicate that Billy will uncover some unusual information about Ashland’s backstory. Questions will be raised about his heritage, meaning who his parents were and where he came from.

Victoria Newman (Amelia Heinle) is fully in love with Ashland, who is not a replacement or a rebound from Billy. That irks the man Victor Newman (Eric Braeden) refers to as a boy.

Y&R Spoilers: Sharon Questions Adam About His Plans With Chelsea

The Young And The Restless Spoilers – New York Is The Key?

Ashland made his mark in business in New York. Time will tell if his family roots are in the Empire state as well.

It is plausible to believe that Ashland cut himself off from the east coast because he does not want anyone in Genoa City, Wisconsin, to meet those who he knew back home. Any name or contact could lead to a reveal if he is hiding something.

The unusual request made to Nate Hastings (Sean Dominic) furthers the conjecture seen above. Jack Abbott (Peter Bergman) seemed like a far more likely best man candidate than Nate, but Ashland made that offer. In doing so Burgi’s character also referenced that he no longer felt connected to New York, which could have been evidence of his desire to keep all ties cut.

Y&R Spoilers – Billy Abbott And Others Targeting The Monster

Ashland’s reputation was notorious long before he arrived in GC. Kyle Abbott (Michael Mealor) was frightened by the prospect of Ashland learning the truth. Months later, after that reveal, both men respect each other.

So, it is possible that Billy-boy is all wet? Victor wants that to be the case while hedging his bets. Nick Newman (Joshua Morrow) is keeping the lines of communication open in case Billy finds something incriminating, with Victor okaying that arrangement.

The Young And The Restless Spoilers – Victoria Newman Deserves The Best

Victoria was put through so much through the years. Billy was often the cause of her misery.

Now, after finding a new man to love, it is sad to think that Ashland is dying. However, Victoria trusts him and wants to make the best of whatever time they have on this earth.

The storyline has a feel of a coming dramatic exposure. But the cancer outcome could override anything that Billy uncovers.

Burgi is a solid actor who has created a fresh character. Ideally, Ashland will stay in GC. Whether TPTB intends to make that happen will soon be seen on Y&R.